India - LIFE and Death Rituals along the Ganges River

The Ganges is the most sacred river for the Hindus. It runs 1560 miles from the Hymalayas all the way to the Bay of Bengal and is more than just flowing water.
This river is life, purity and, to the people of India, a Goddess: Divine Mother, Ma Ganga.
She poured herself down from Heaven upon the ashes of King Sarga’s sons to give them Moksa, (liberation from the cycle of death and rebirth).  It is believed that anyone who touches her purifying waters is cleansed of all sins.
The photographs in this book  were taken  mainly in Varanasi, Haridwar and Agra.
Varanasi is a city where both life and death come together, it is a symbol of spiritualism, philosophy and mysticism.
Hindus believe that those who are graced to die in Varanasi and be cremated there, would attain Moksa, (salvation from the cycle of  death and rebirth).
“older than history, older than tradition, older even than legend and it looks twice as old as all of them put together”
(Mark Twain)
Haridwar is one of four holy sites where drops of Amrit, the elixir of immortality, accidentally spilled over from the pitcher while being carried by the celestial bird Garuda. There is a large footprint on a stone wall in the city which is believed to belong to Lord Vishnu.
Every day at sunrise and sunset on  the Har ki Pauri  gath there is a beautiful  prayer ritual: Ganga Aarti, followed by offering of flower and candles  to Ma Ganga. 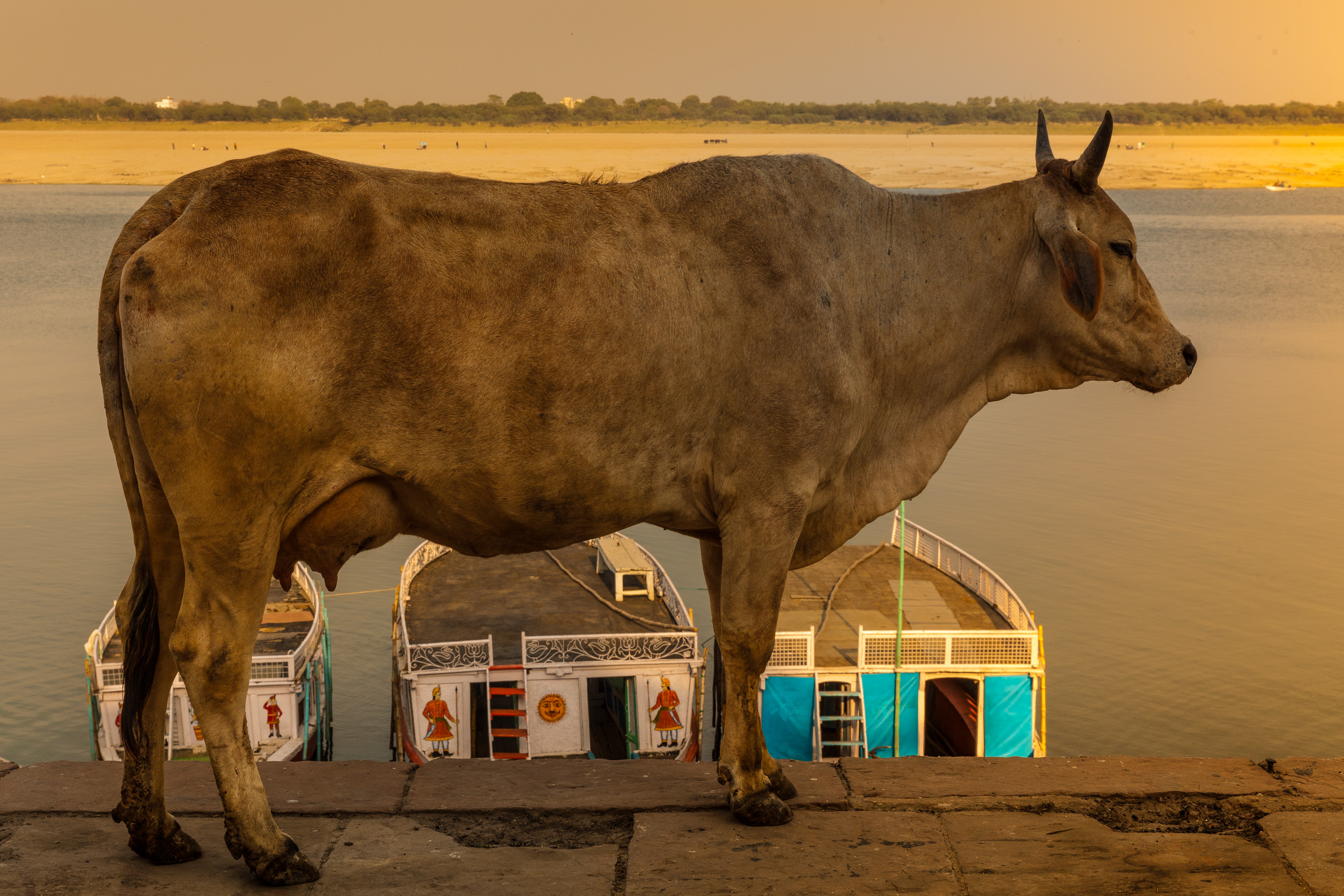 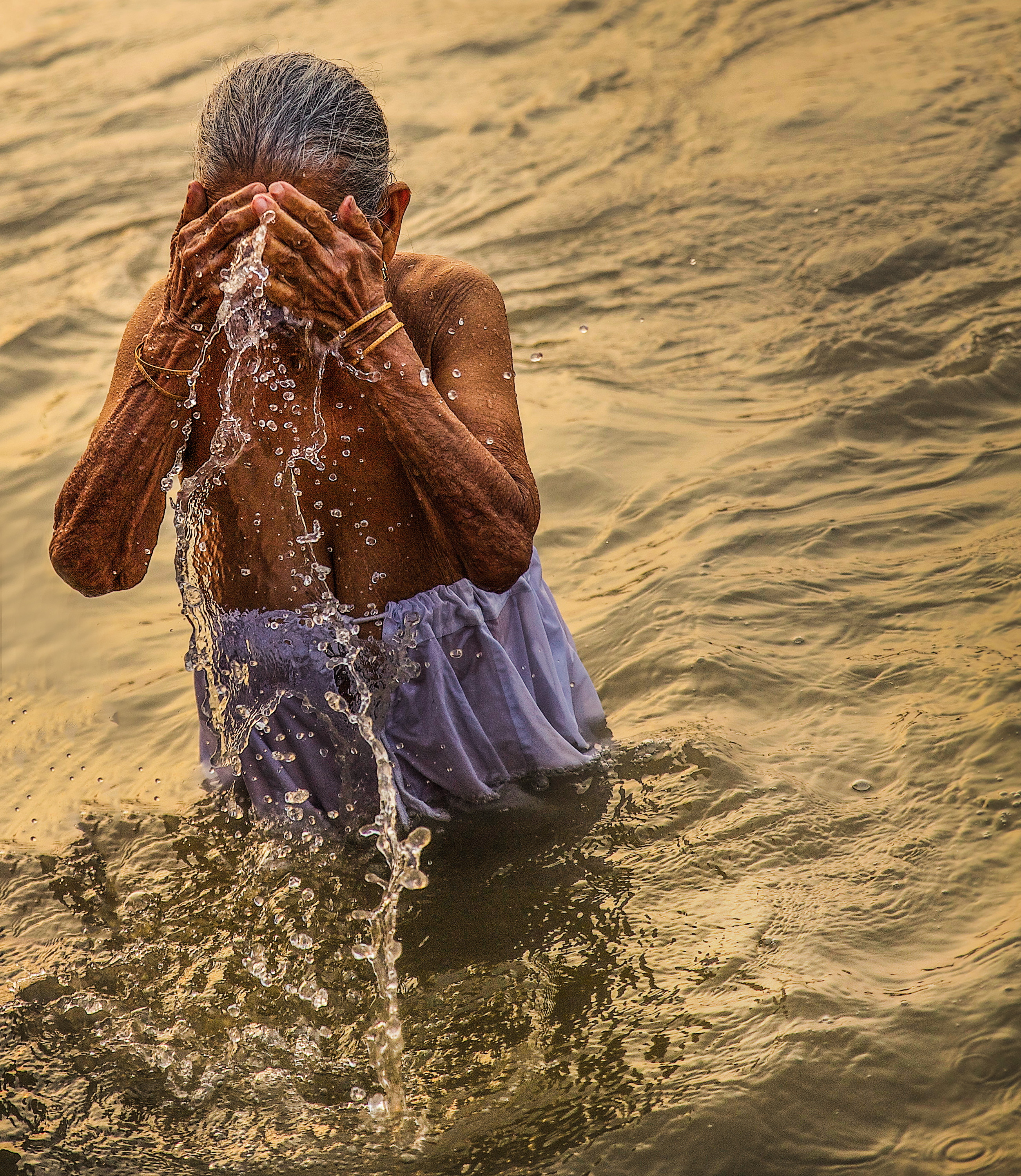 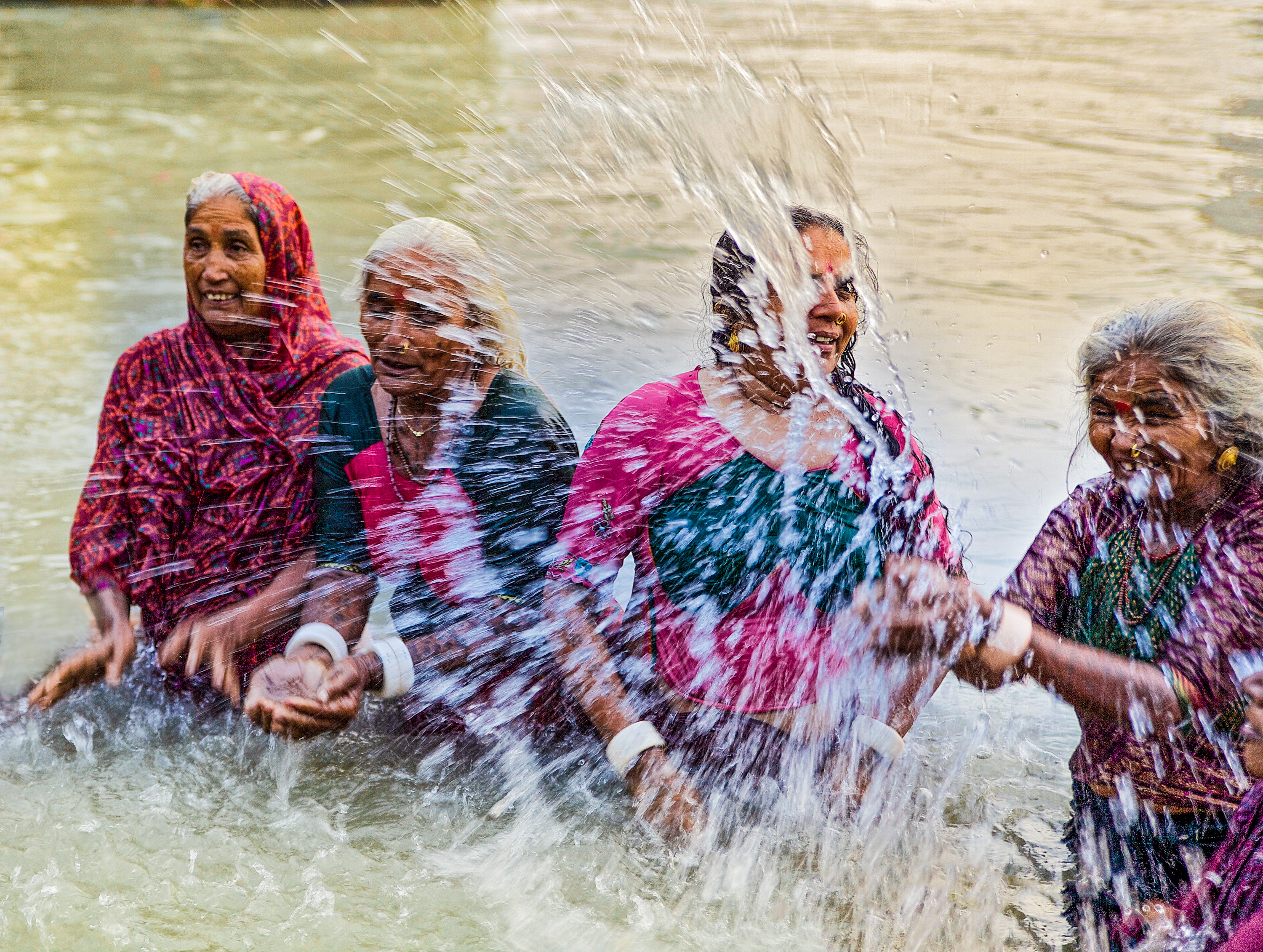 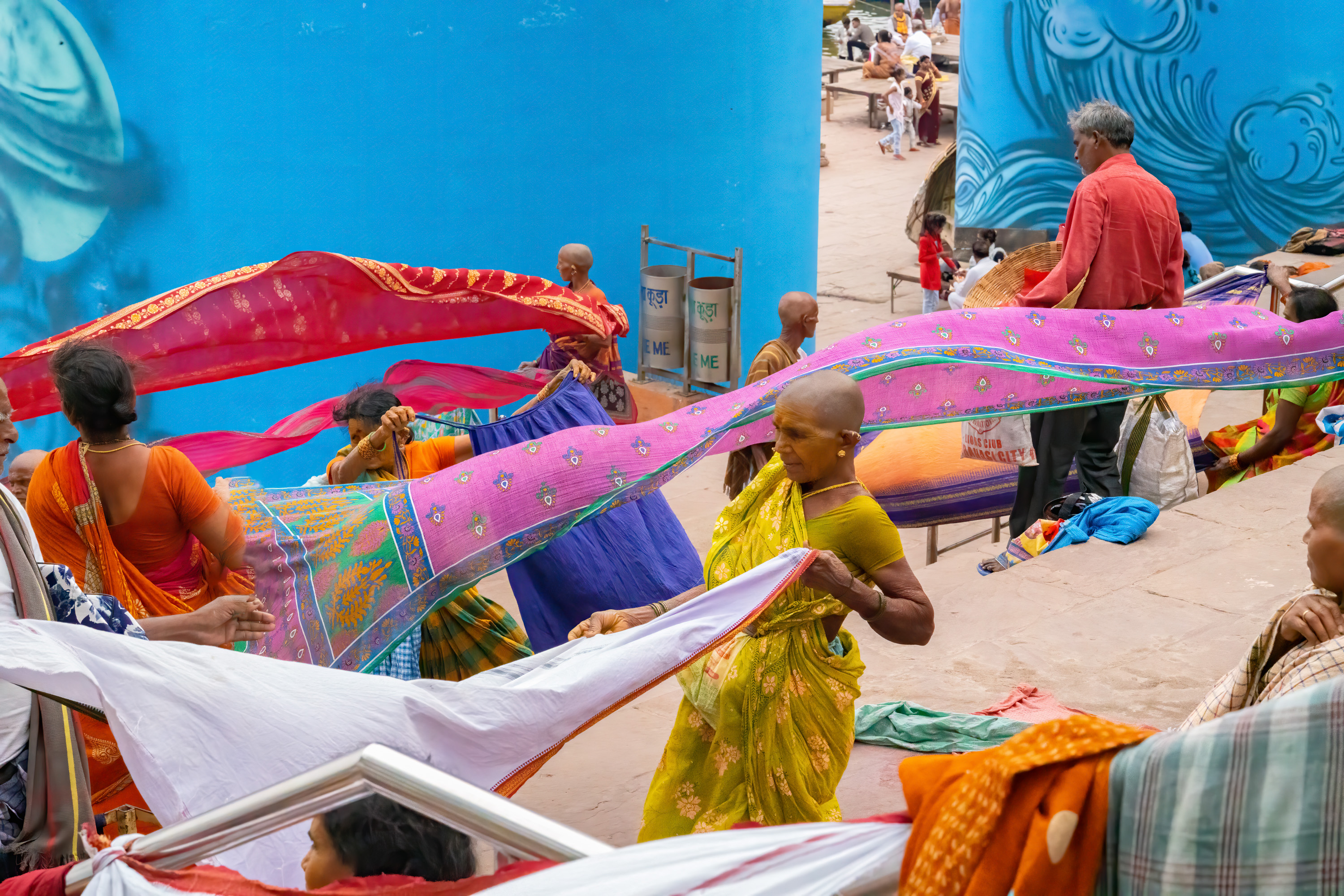 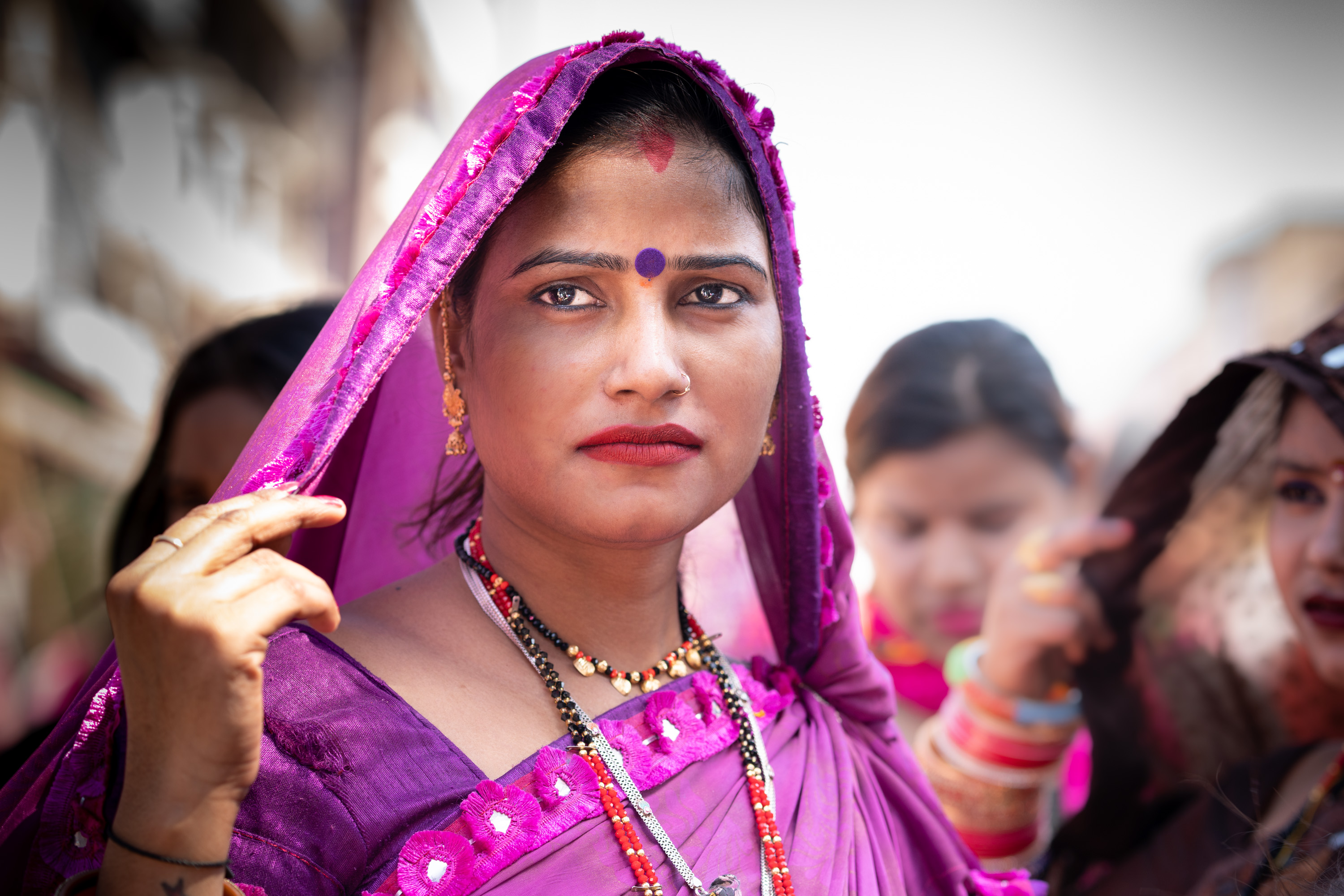 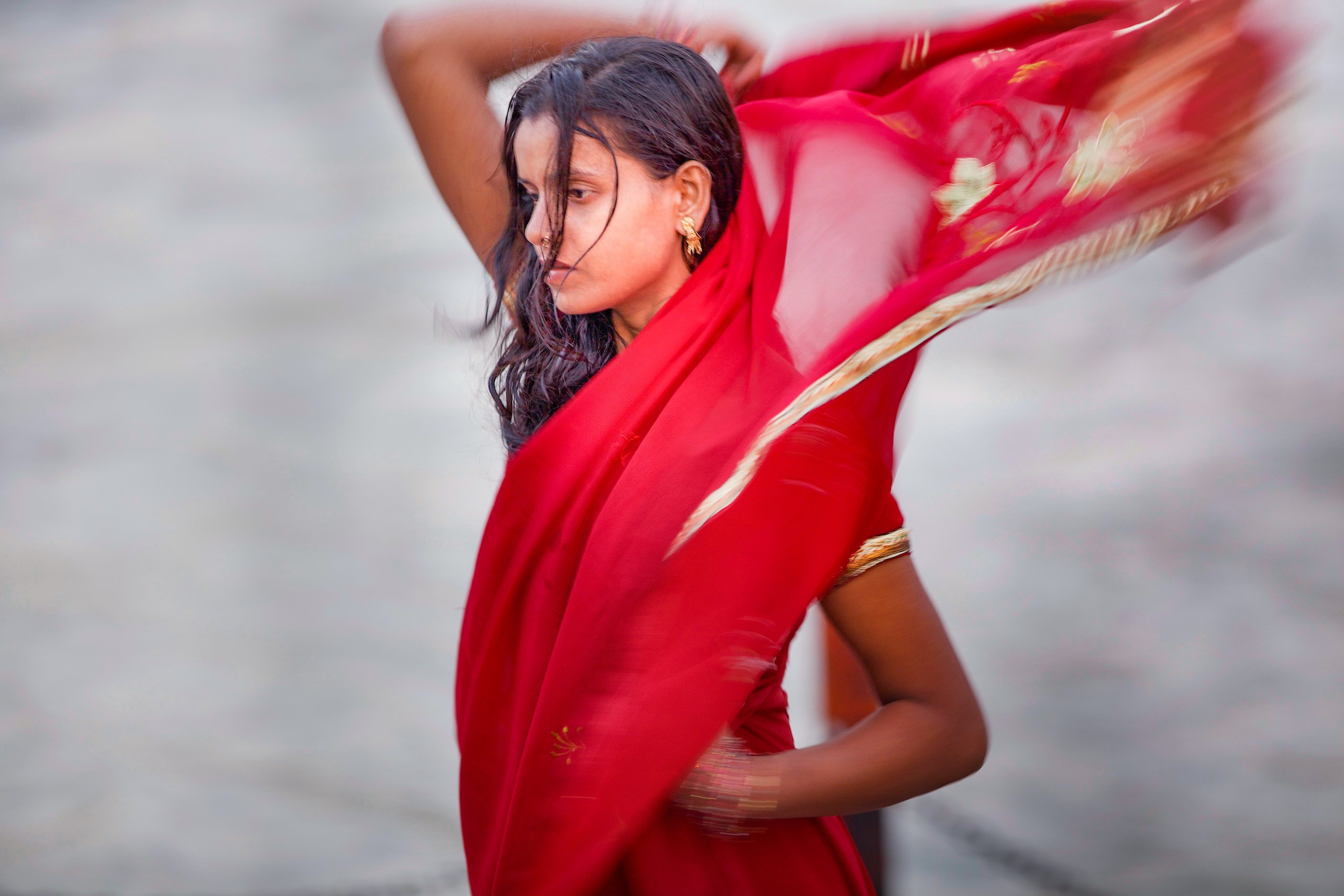 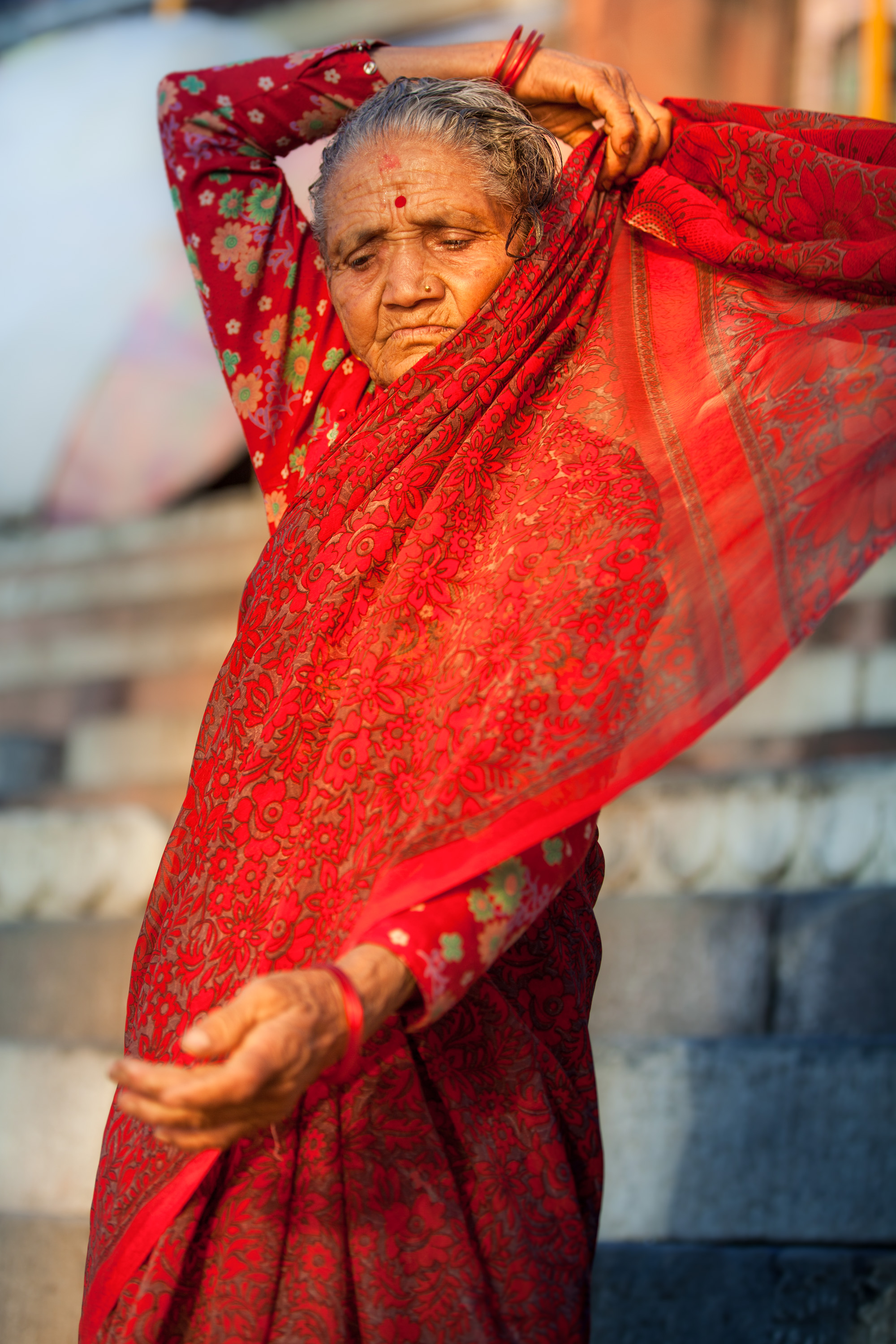 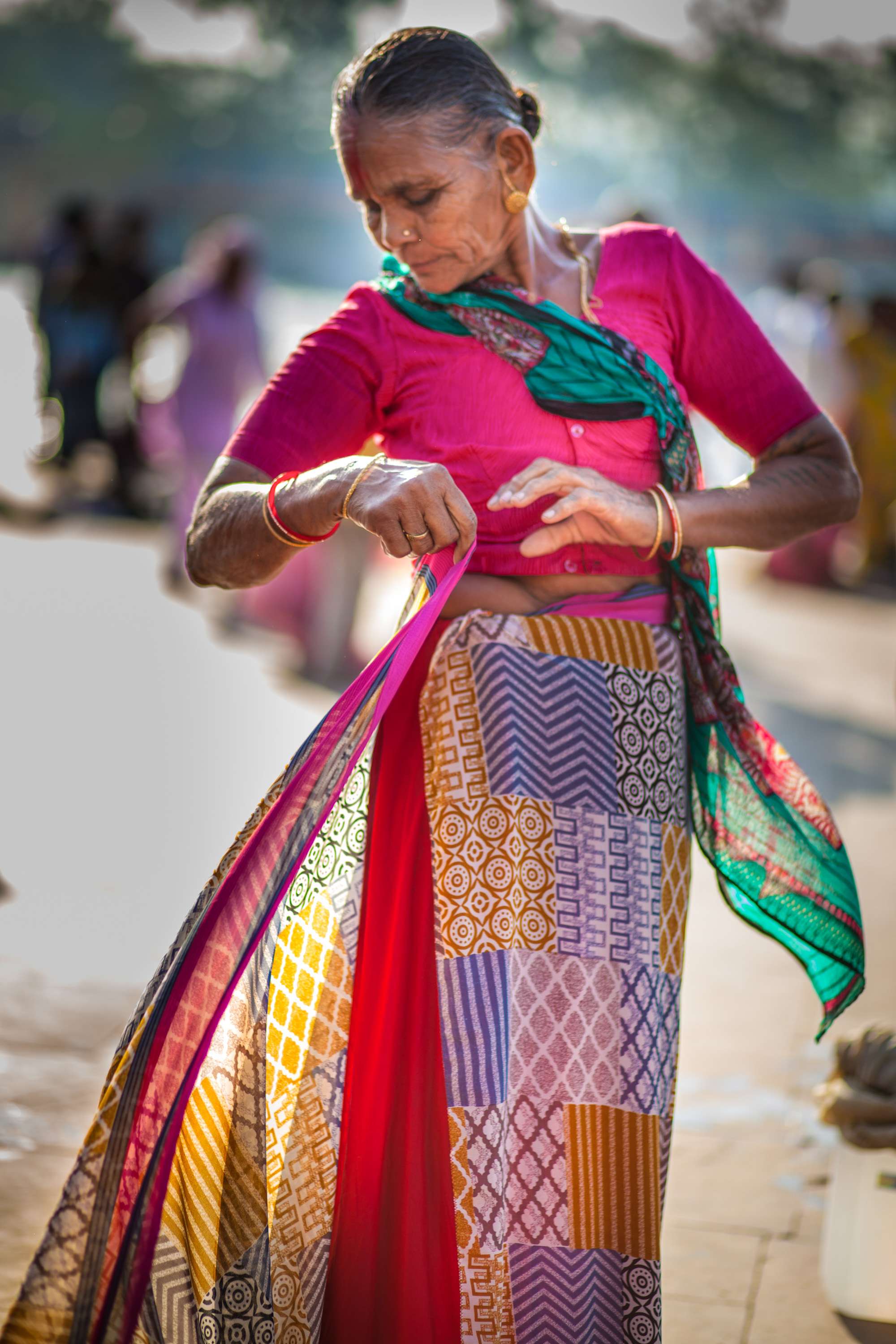 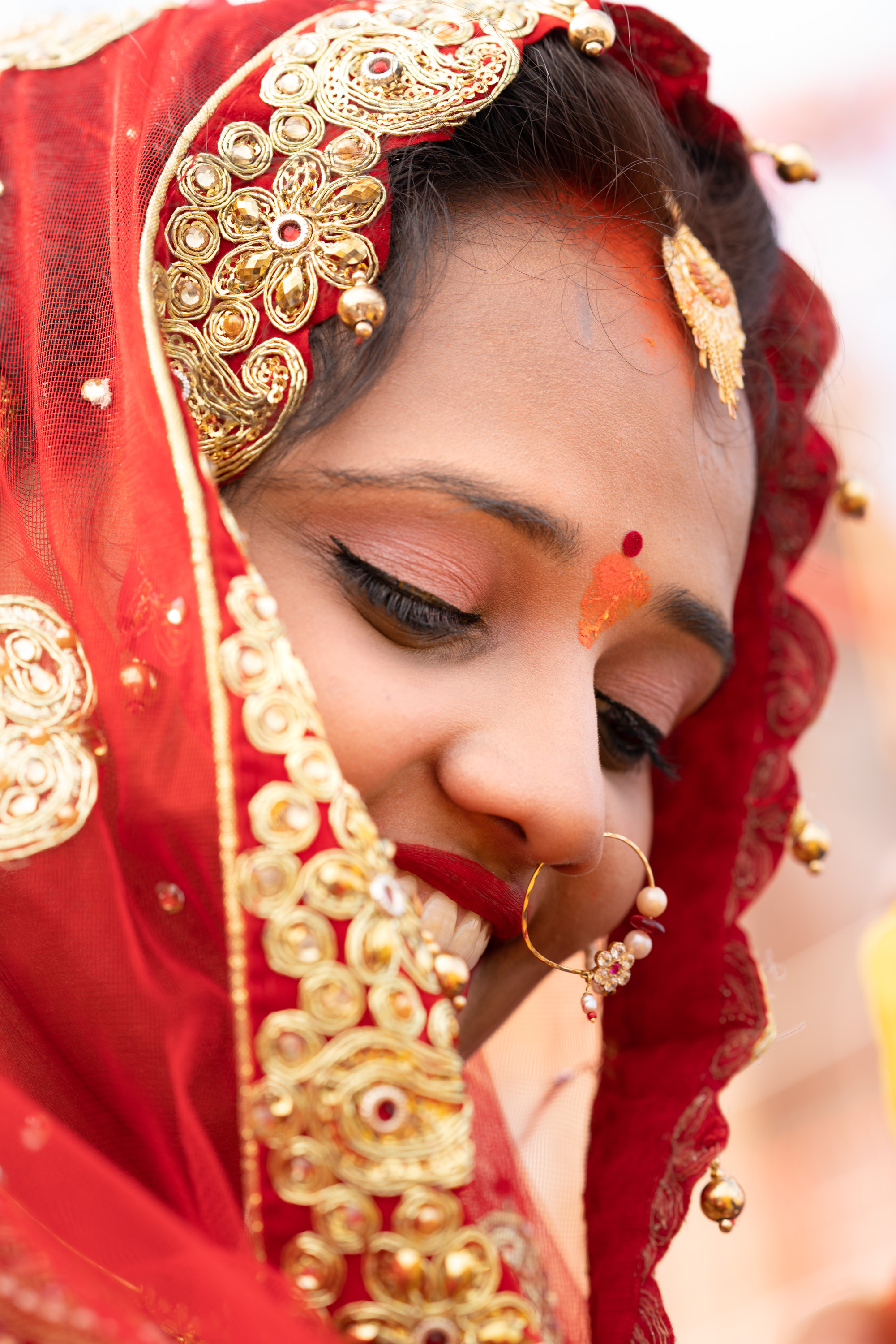 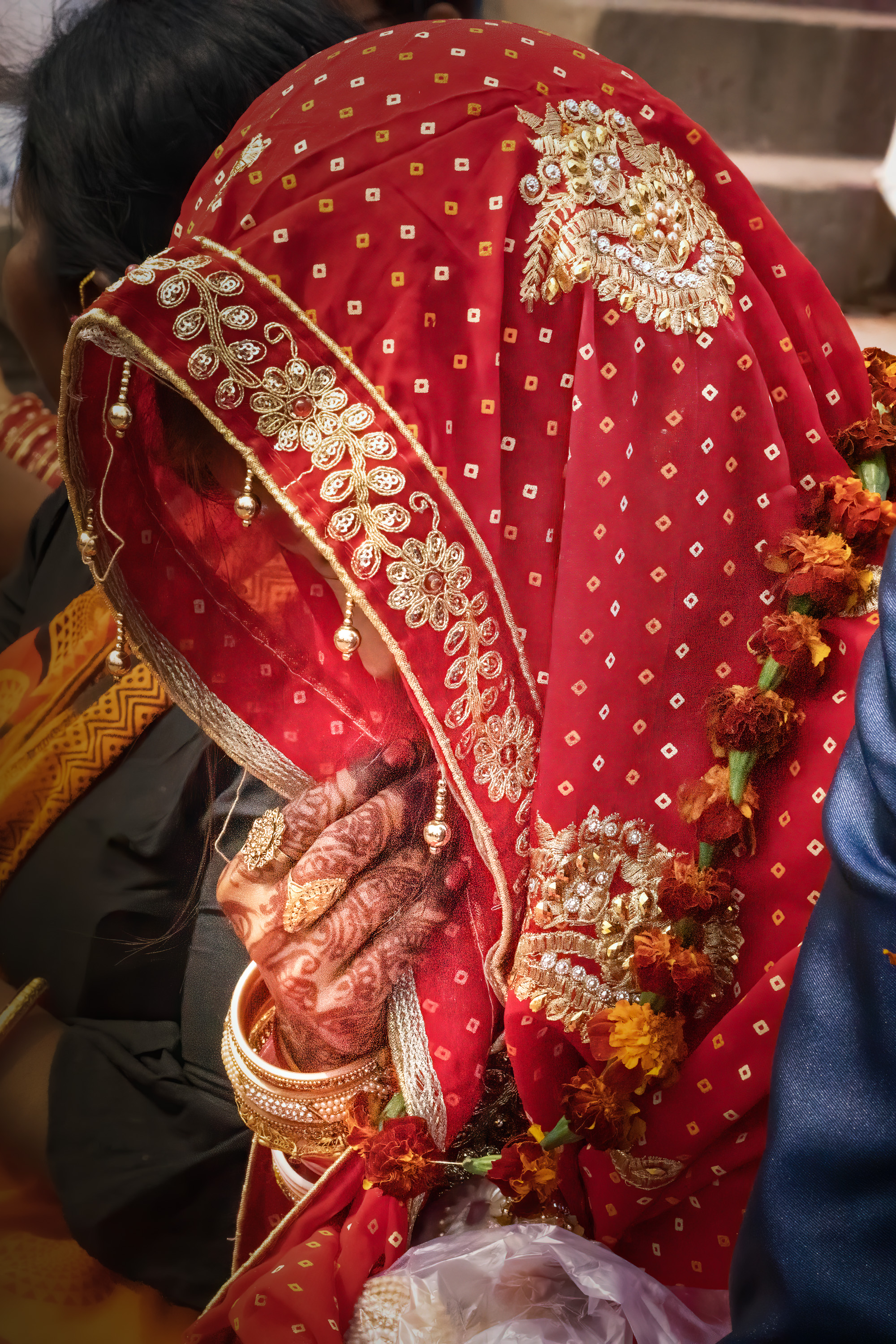 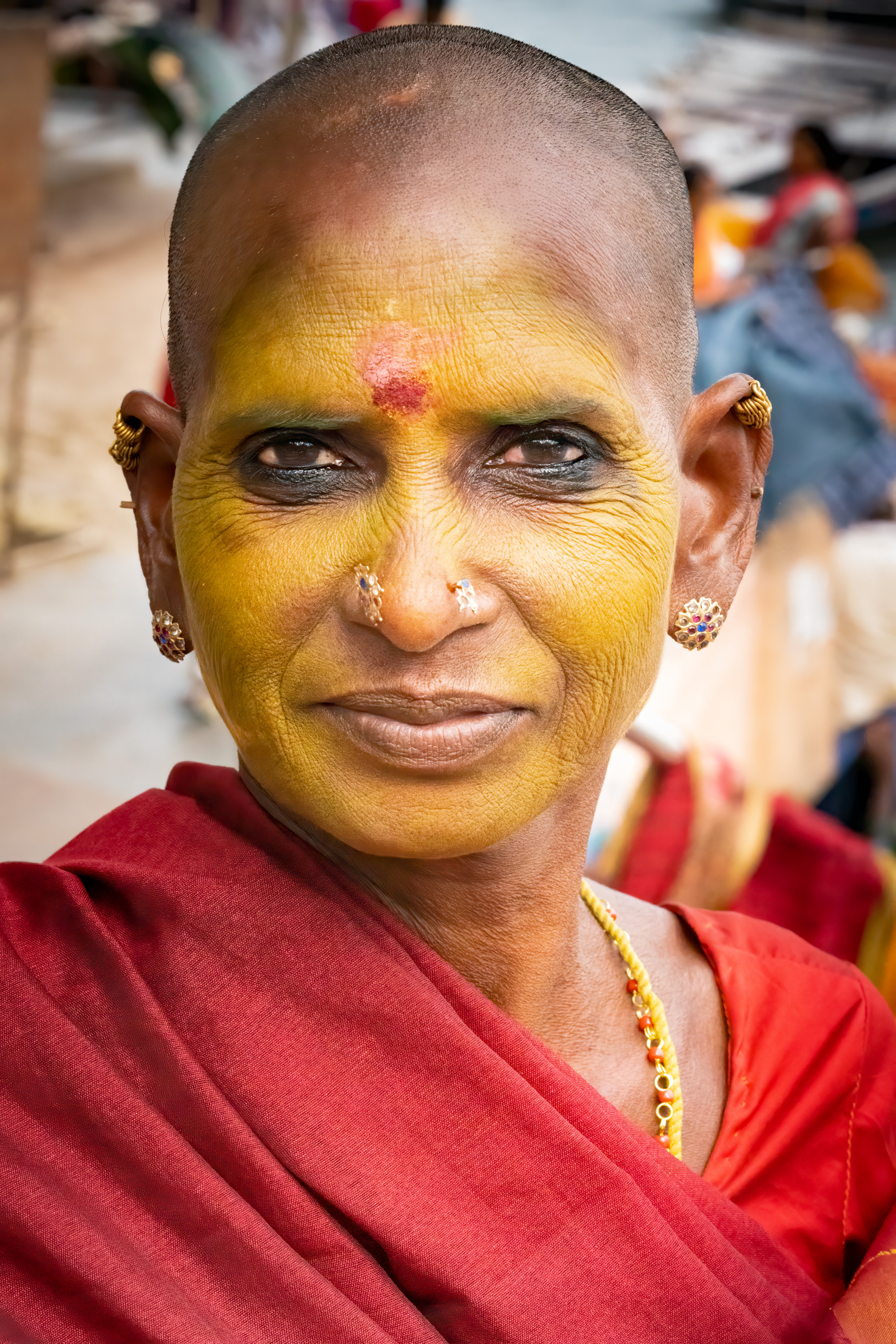 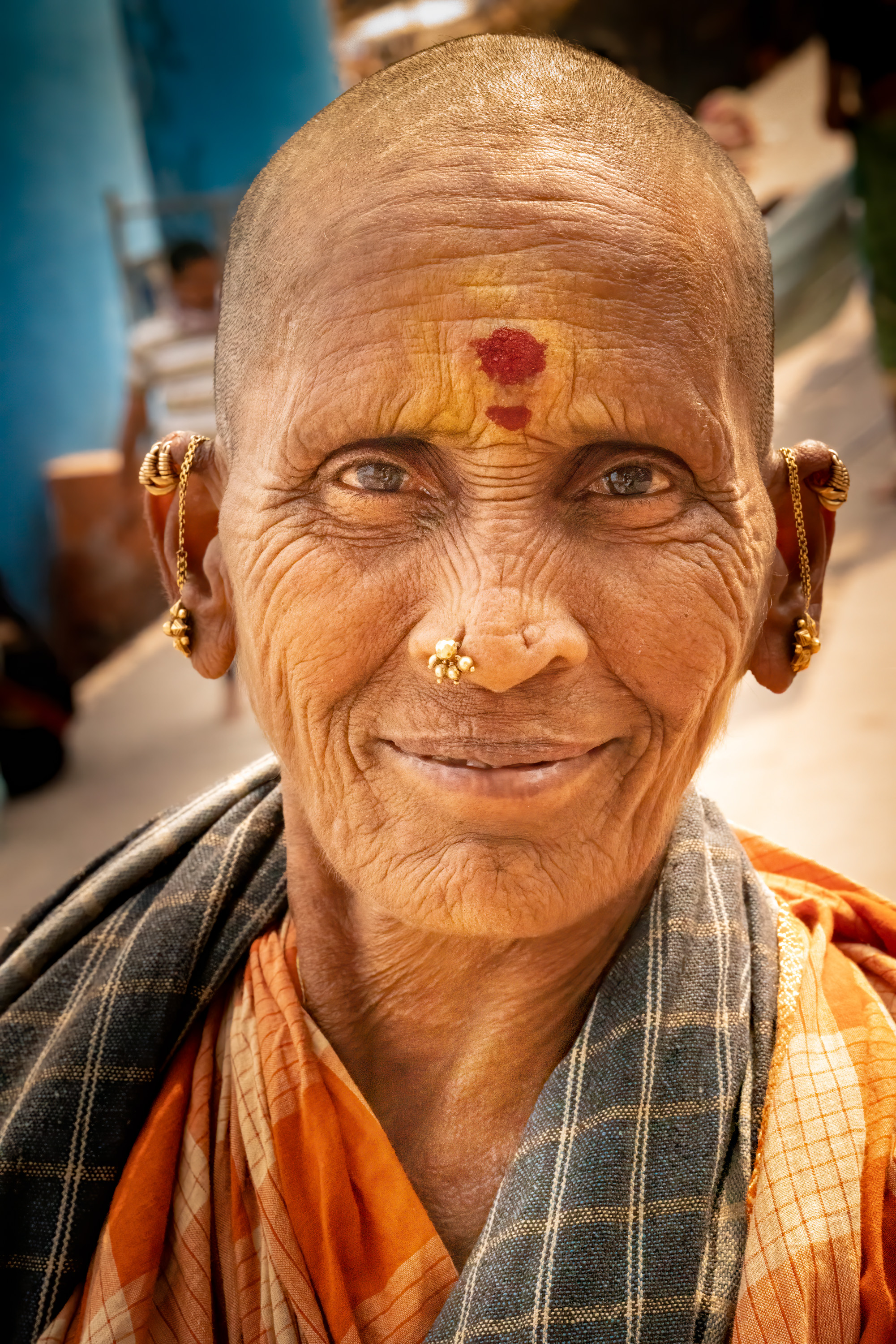 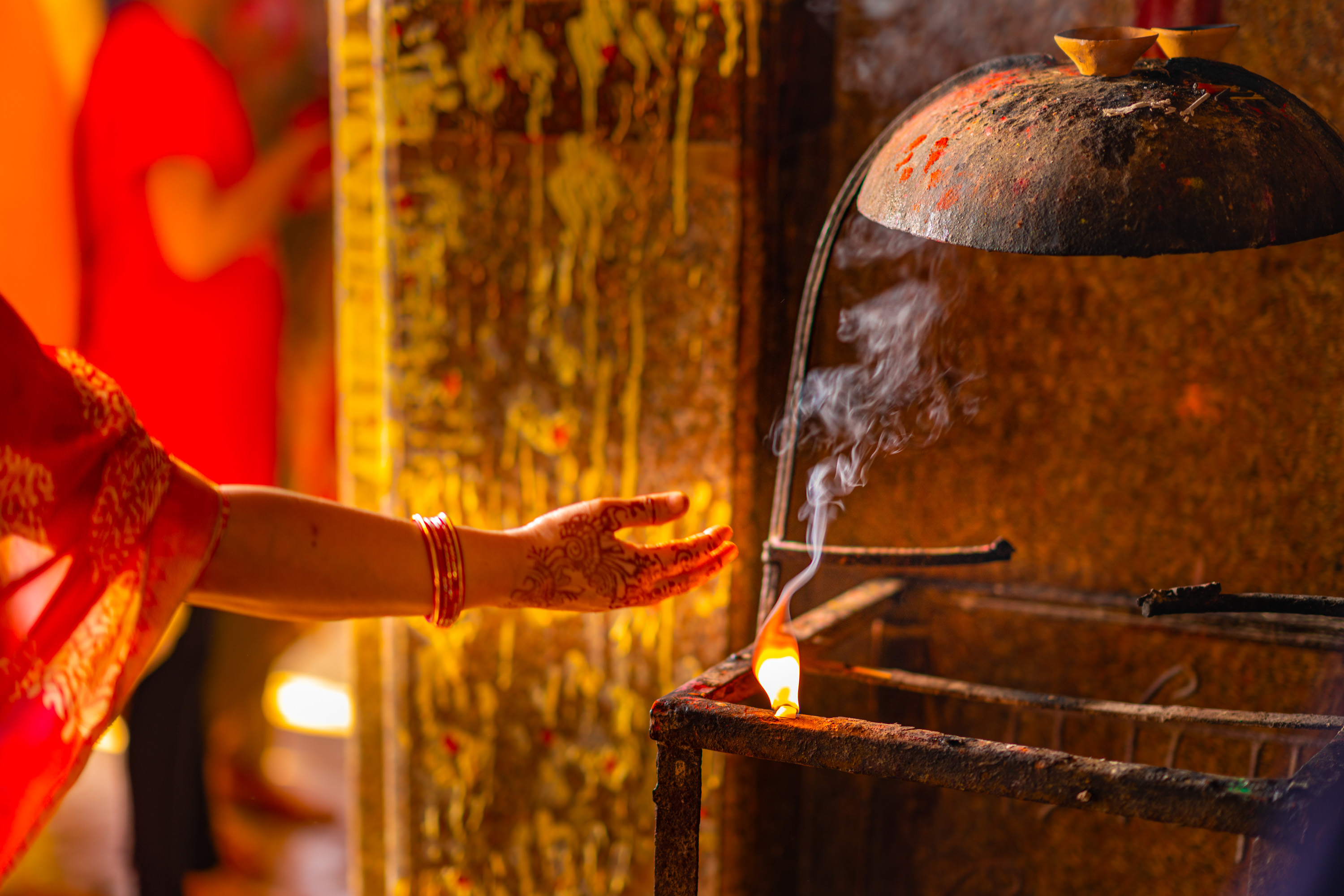 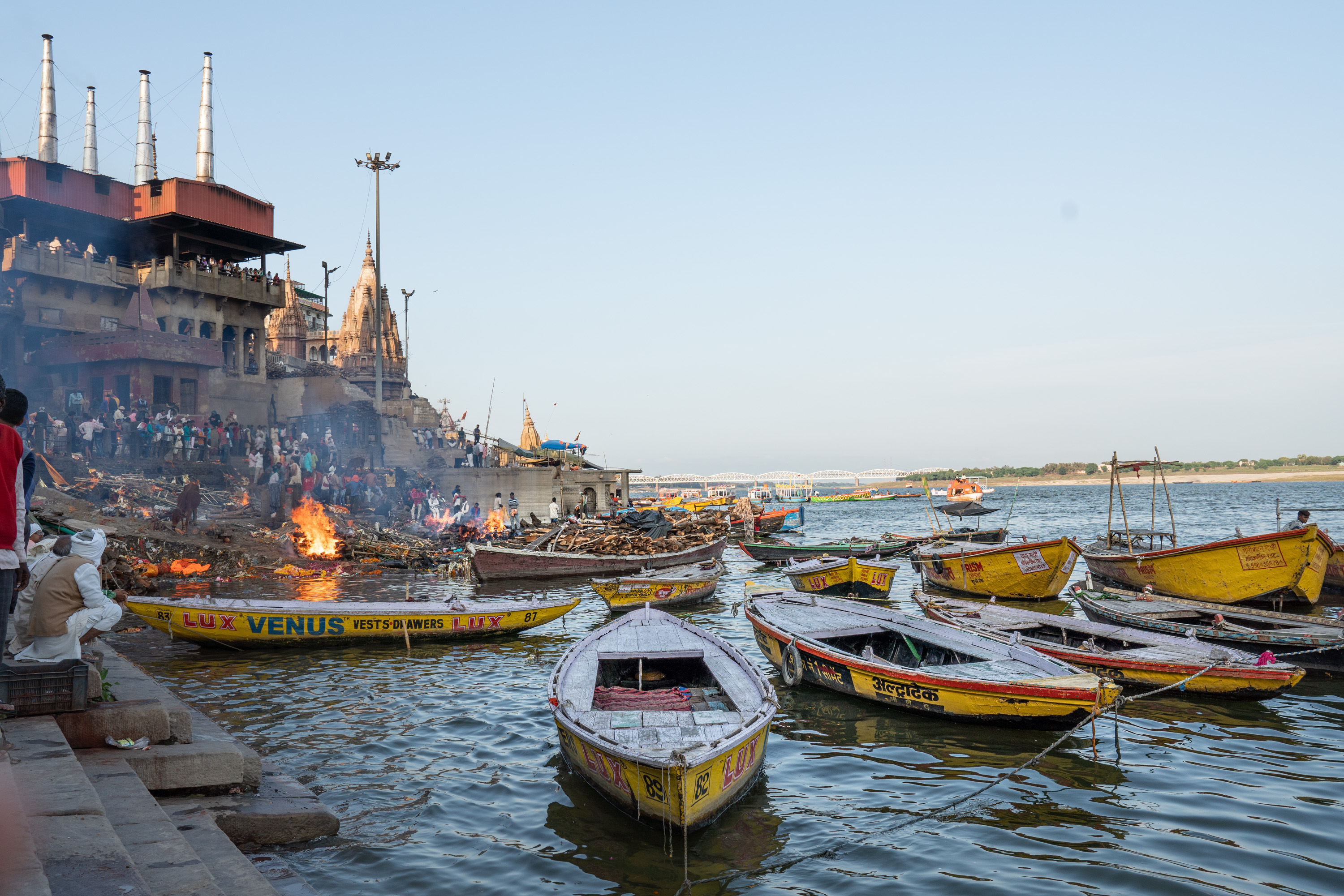 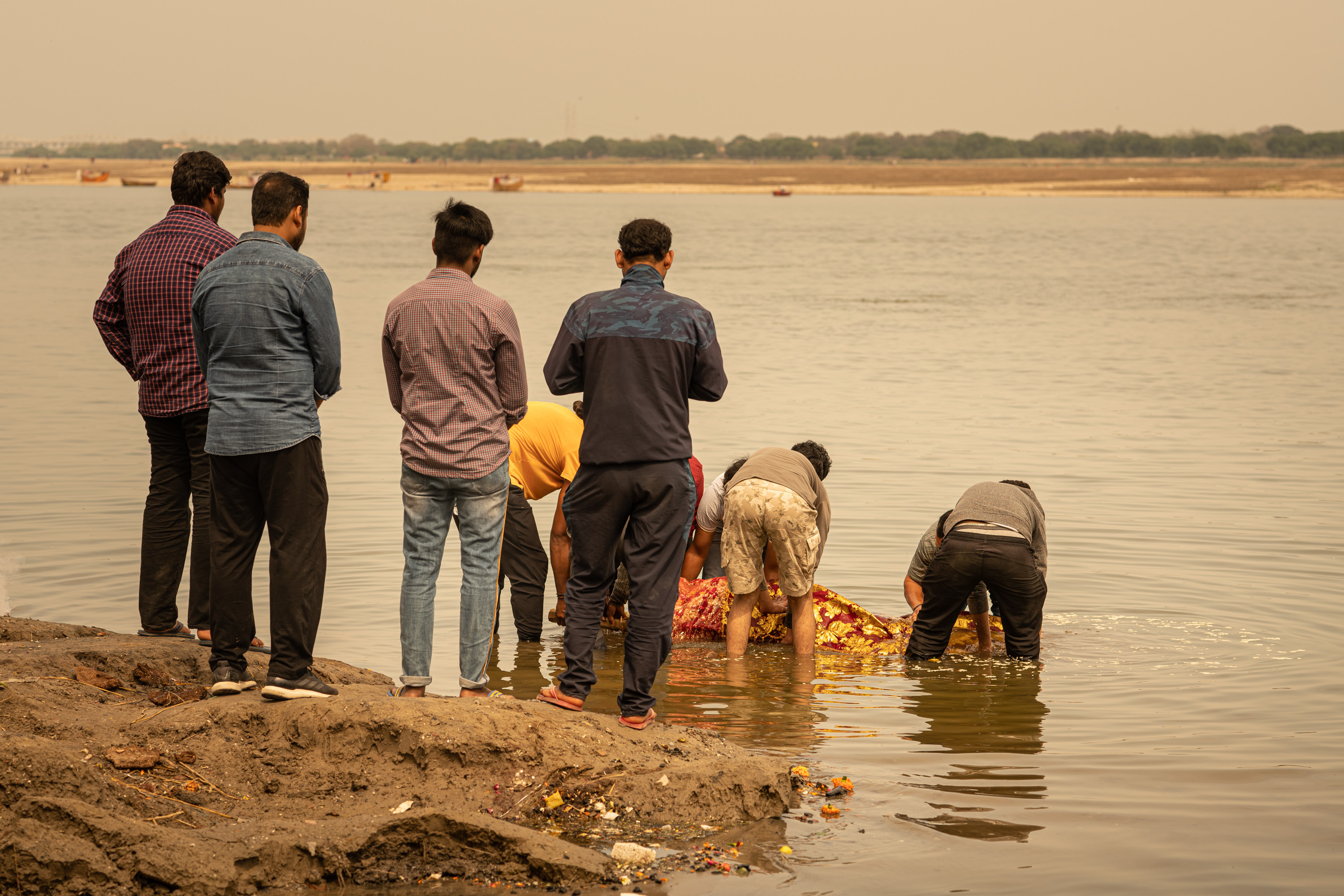 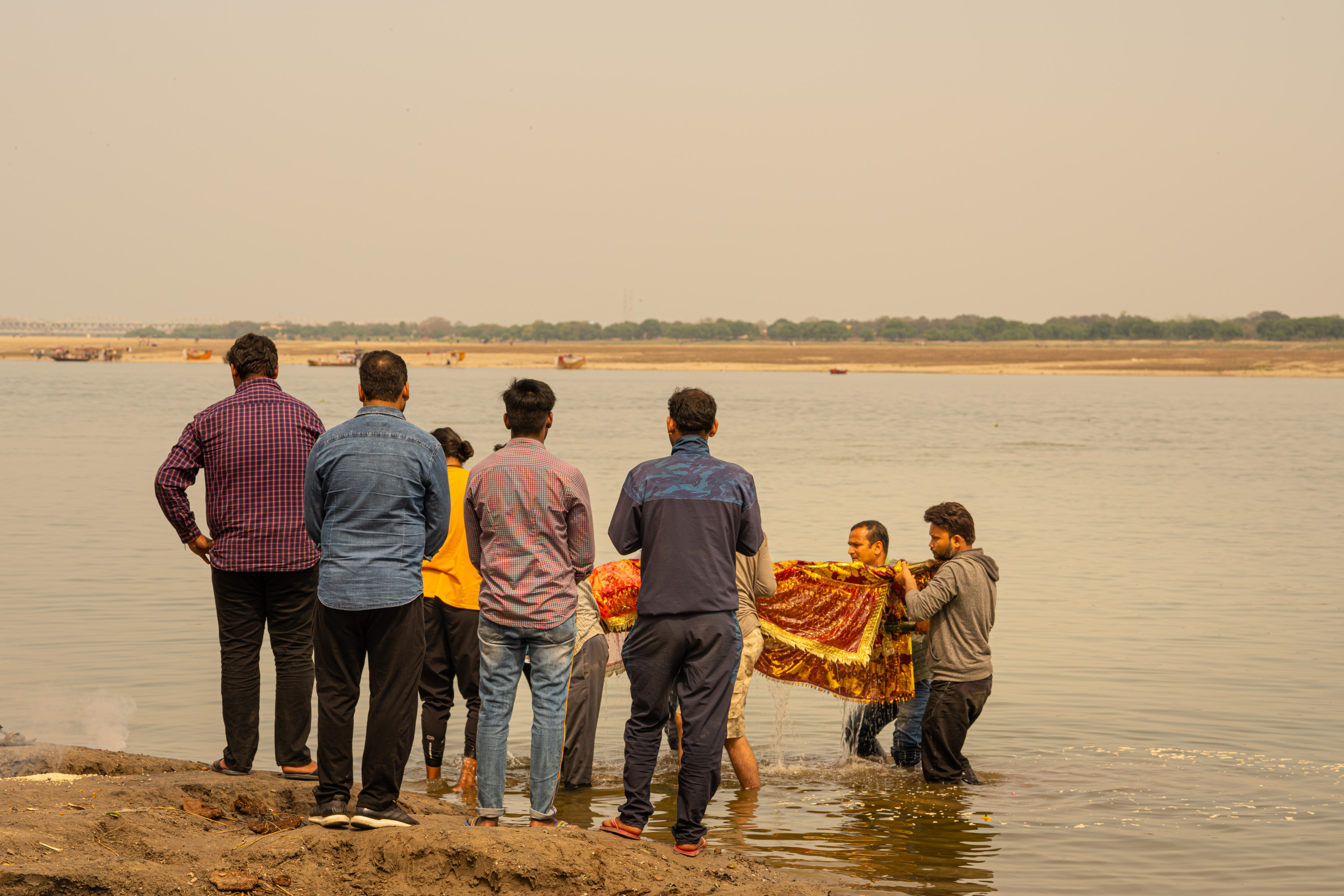 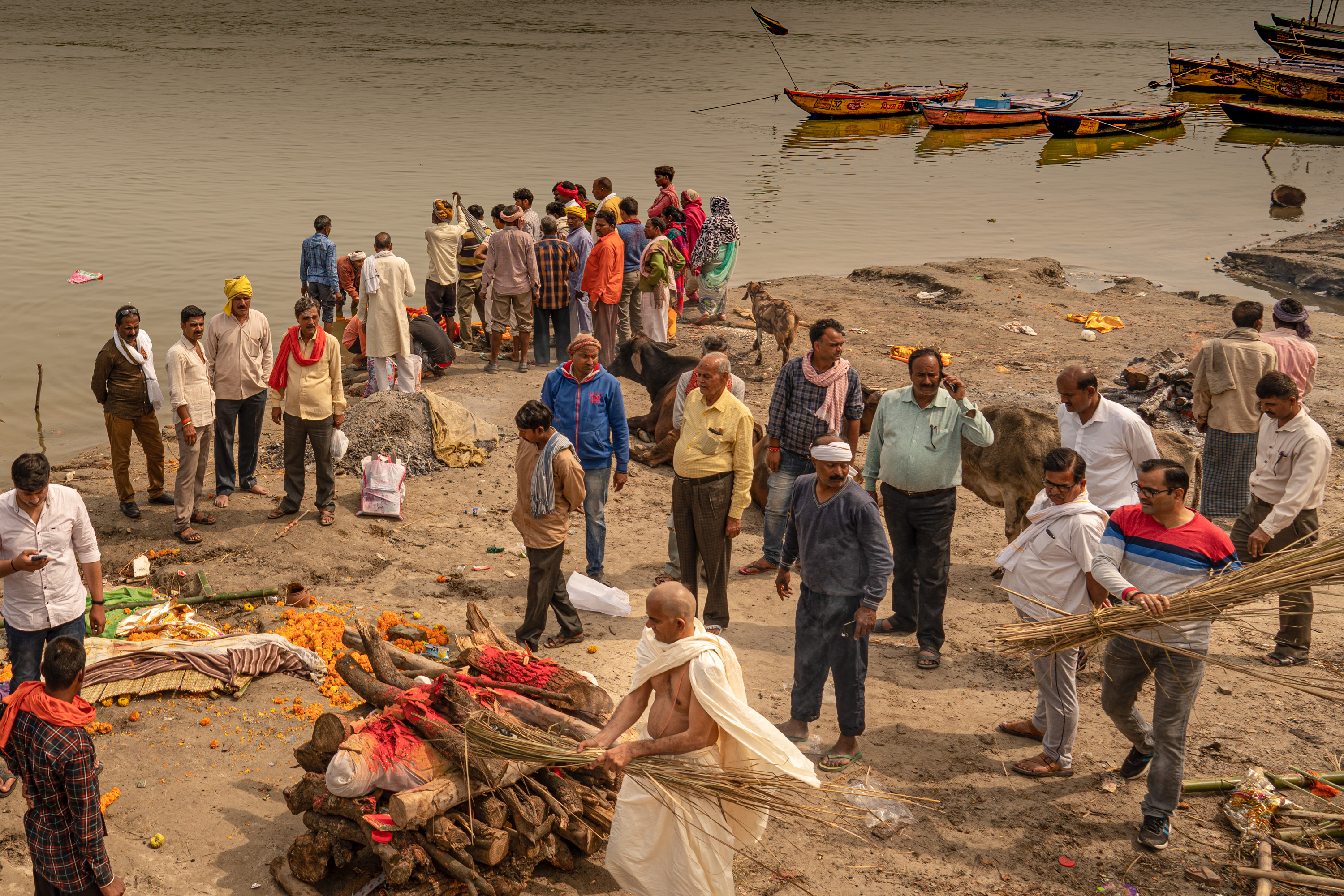 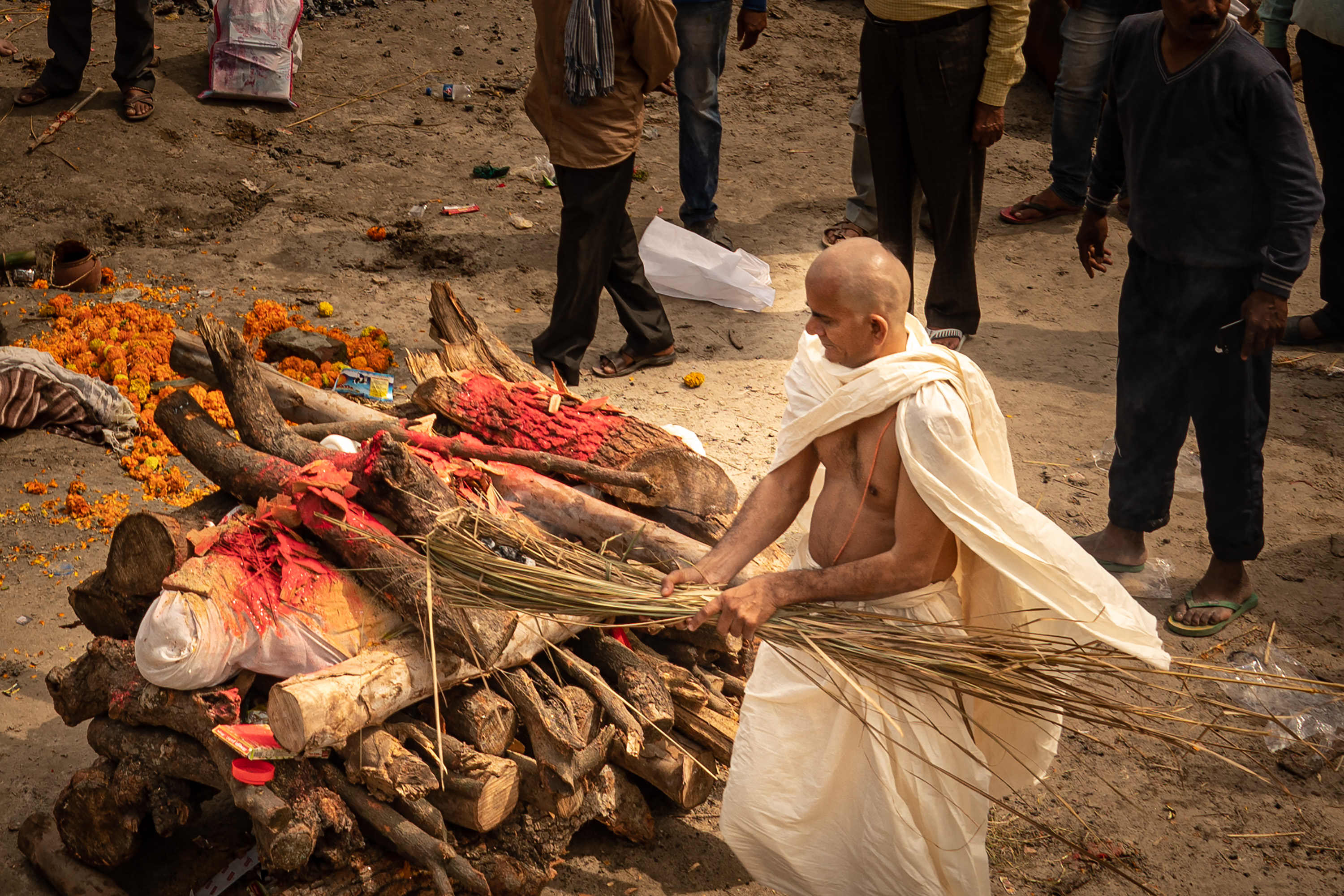 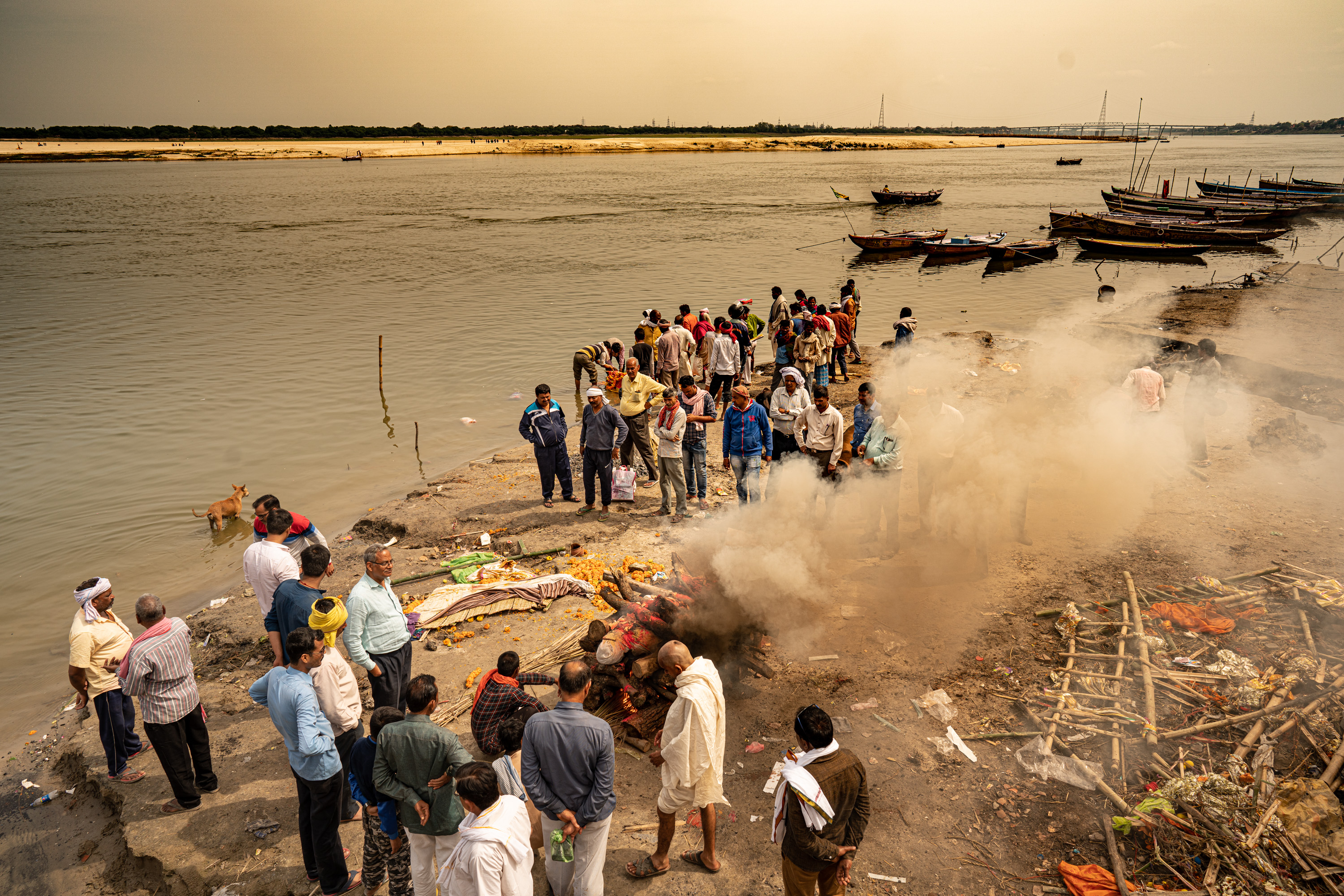 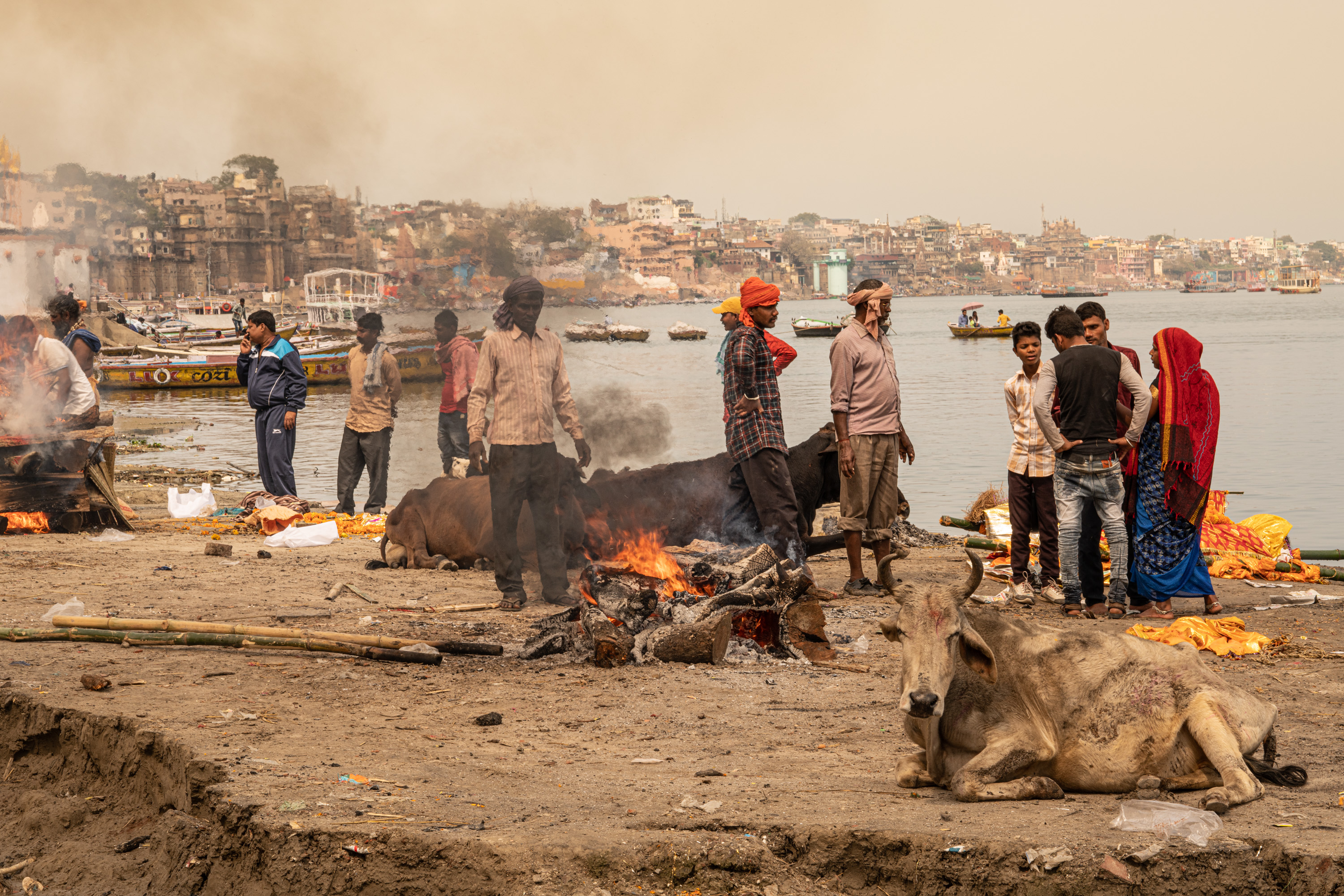 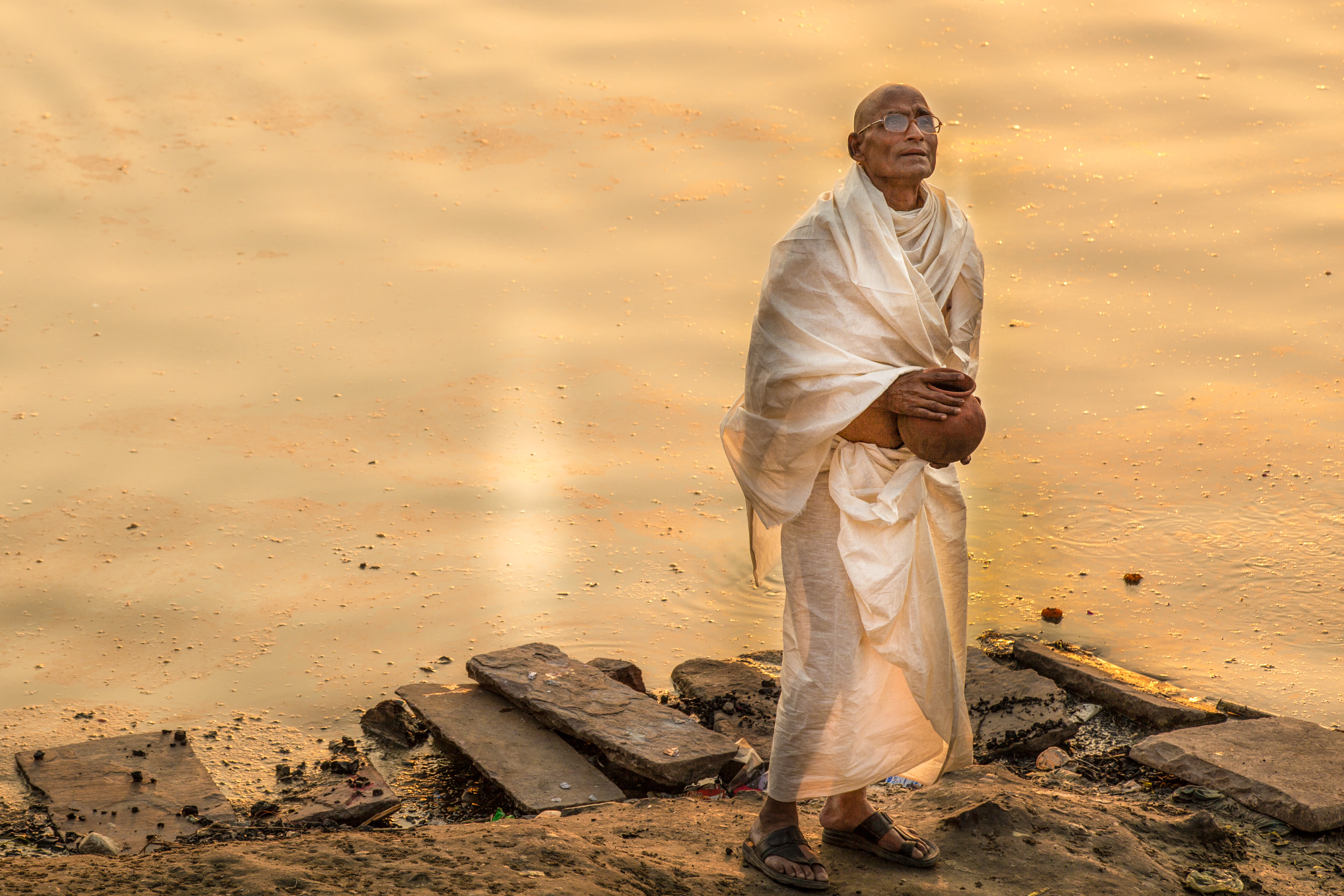 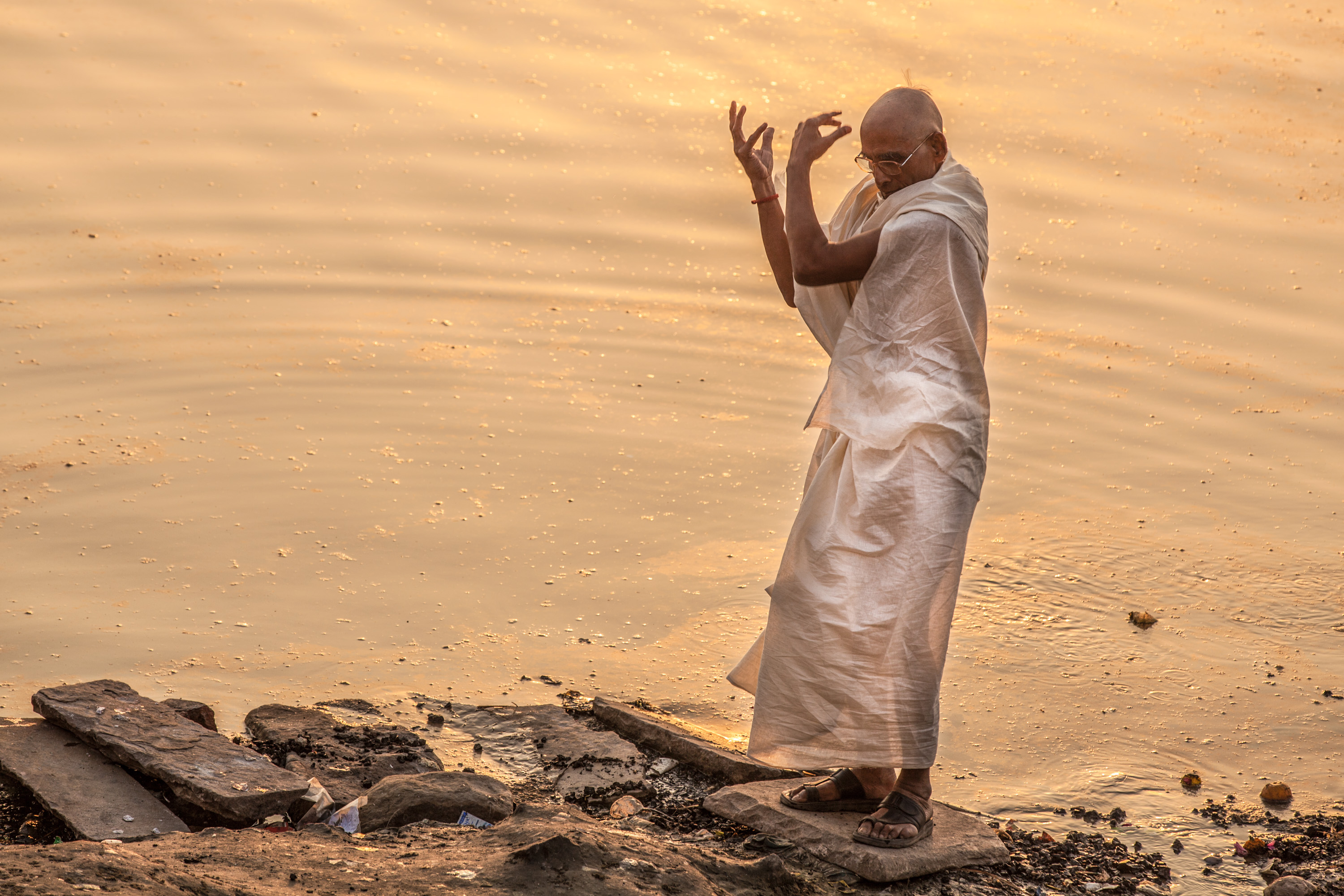 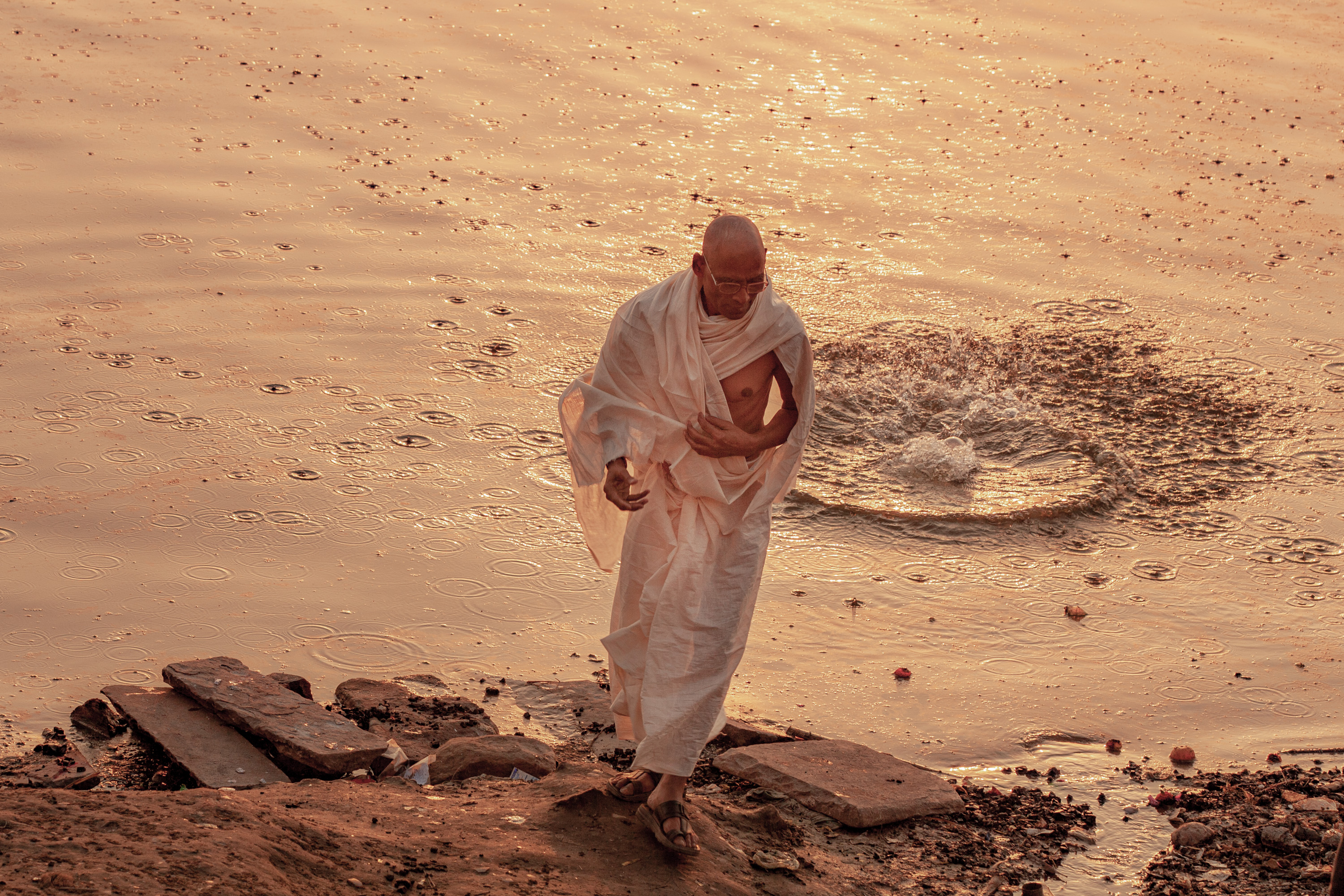 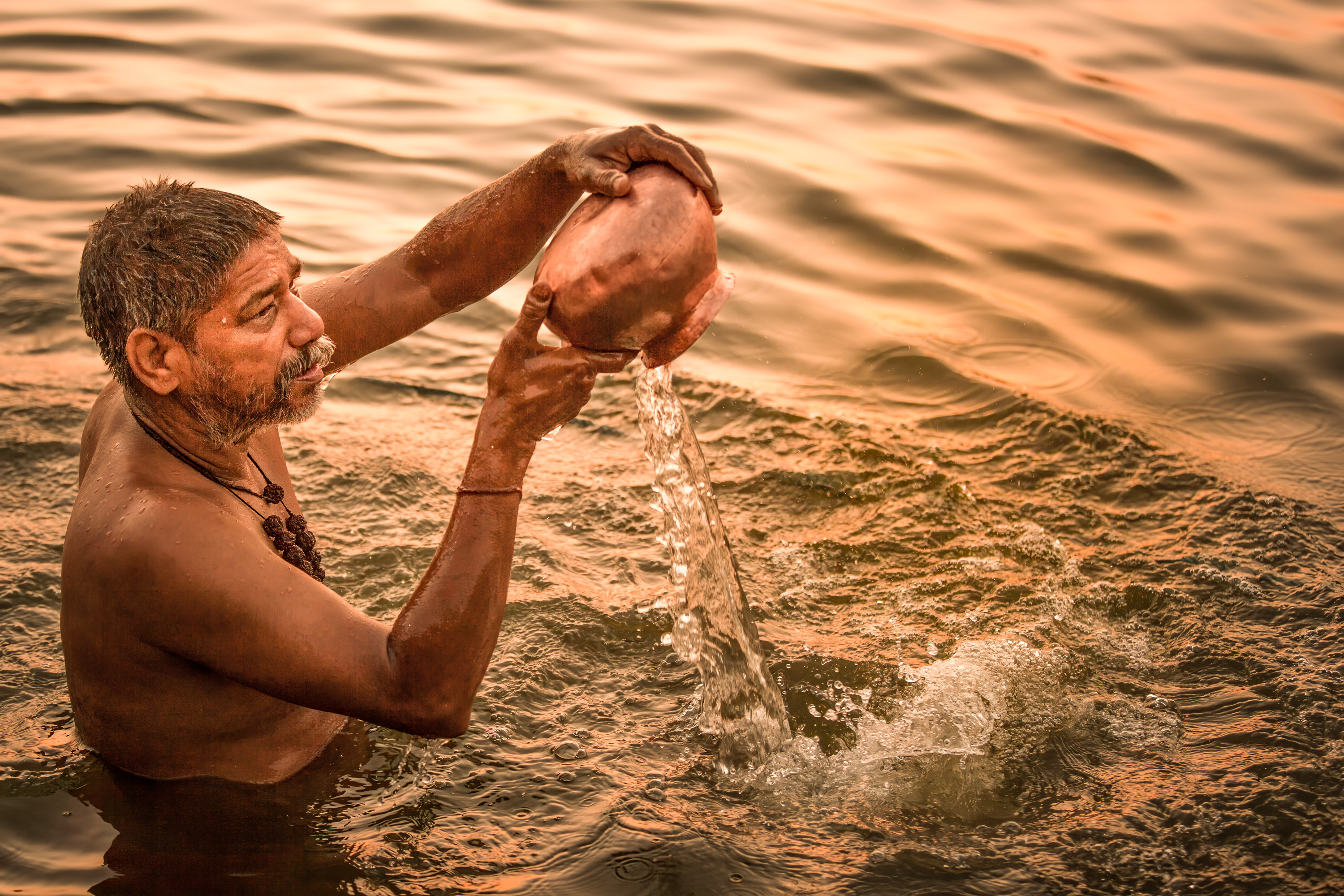 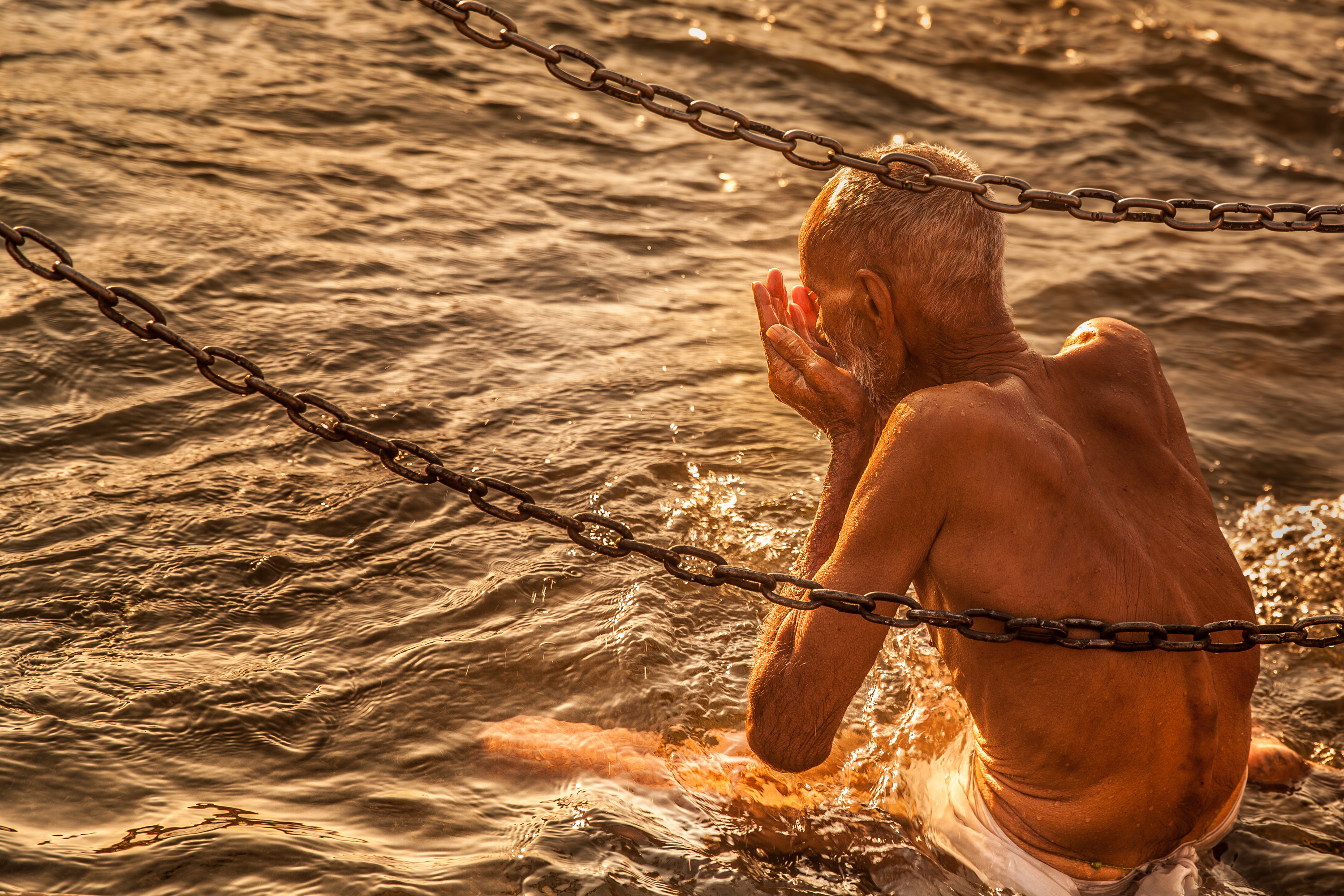 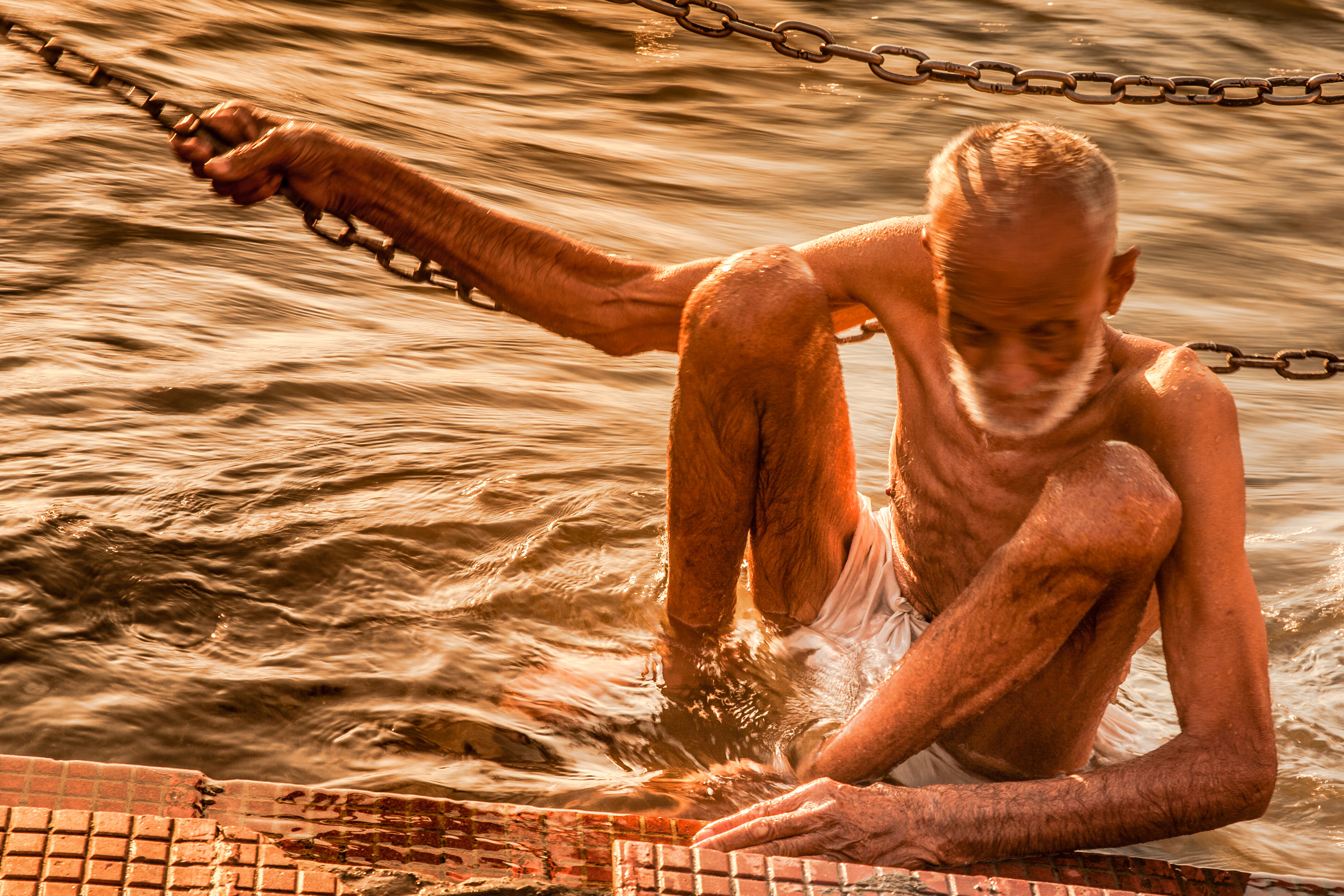 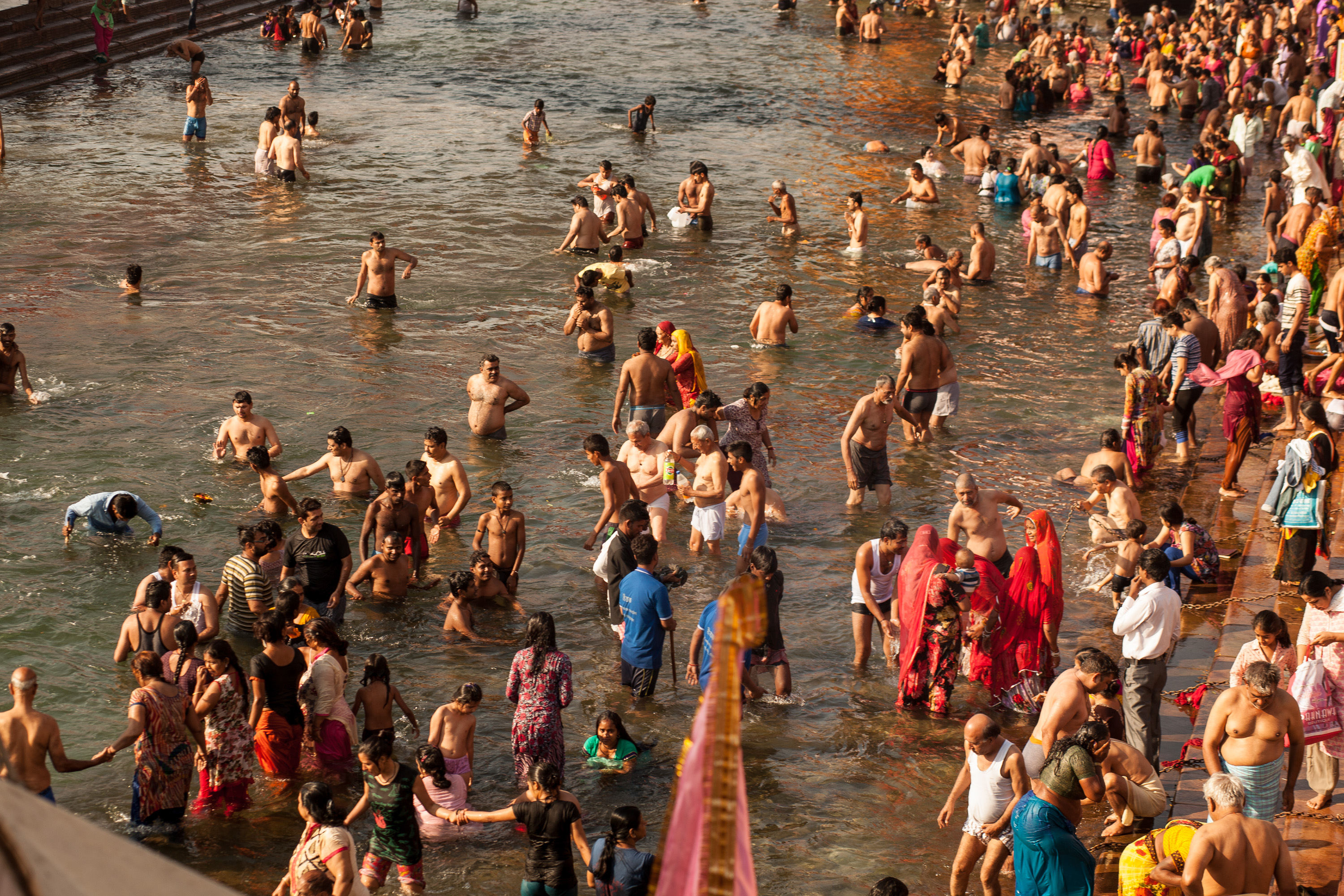 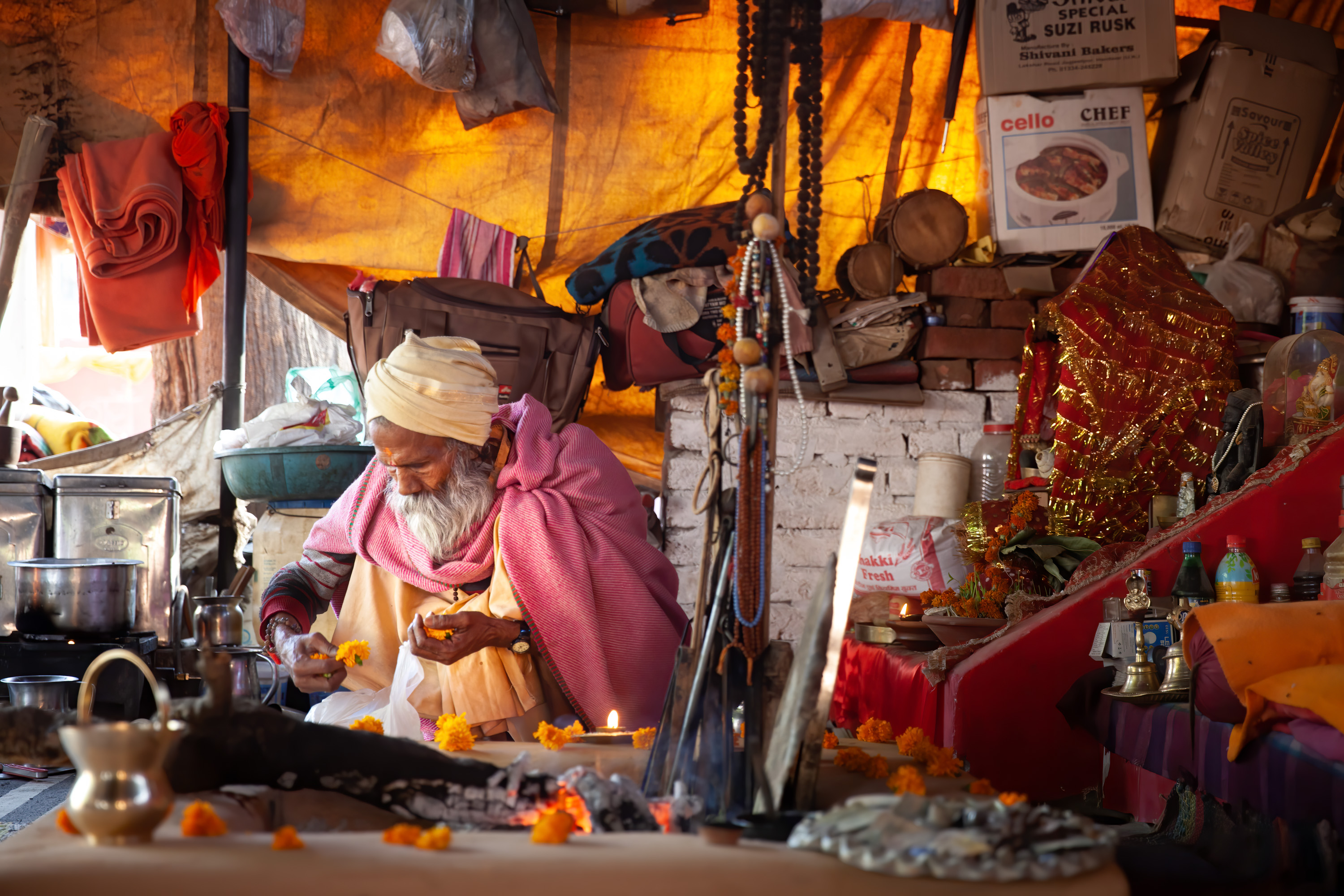 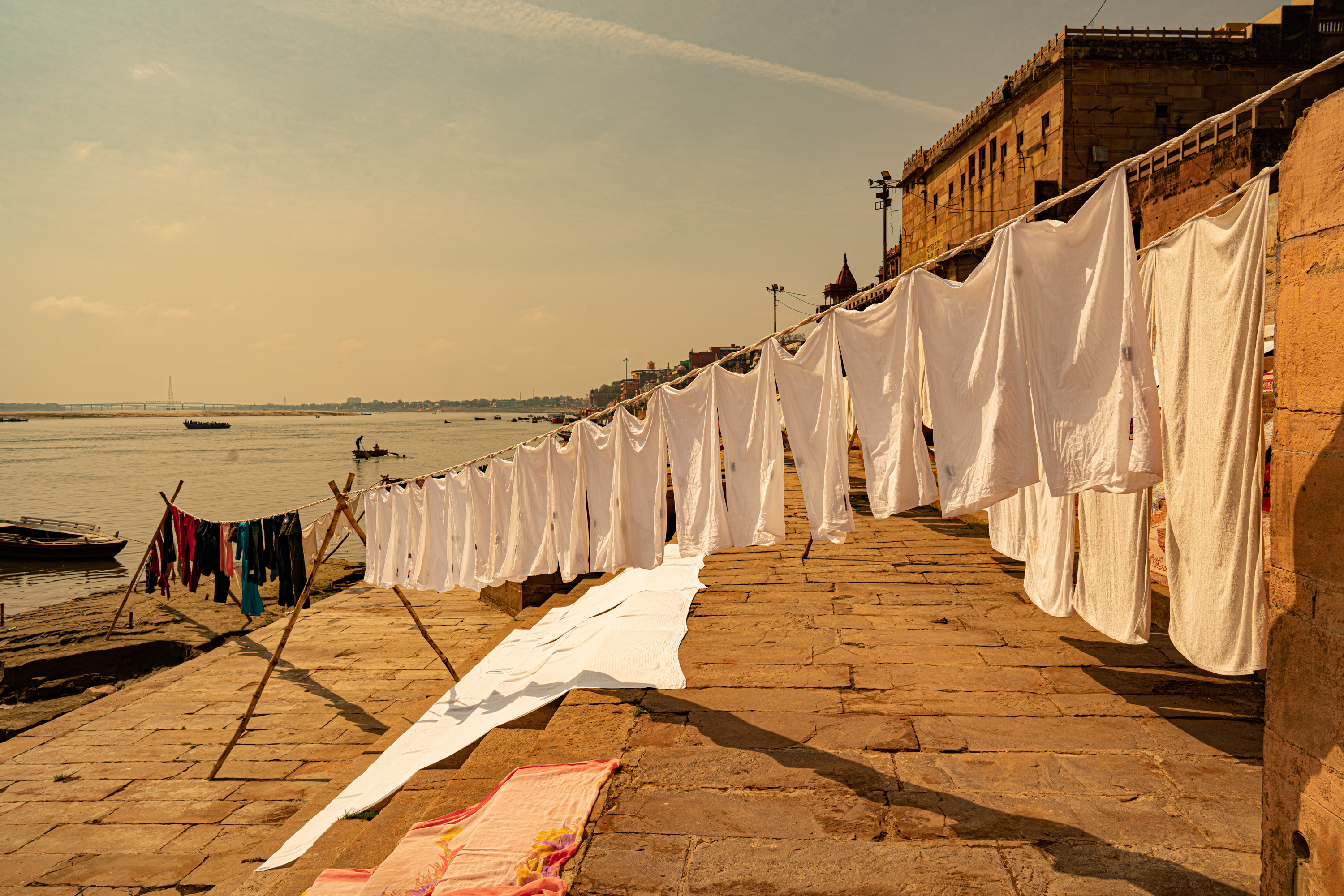 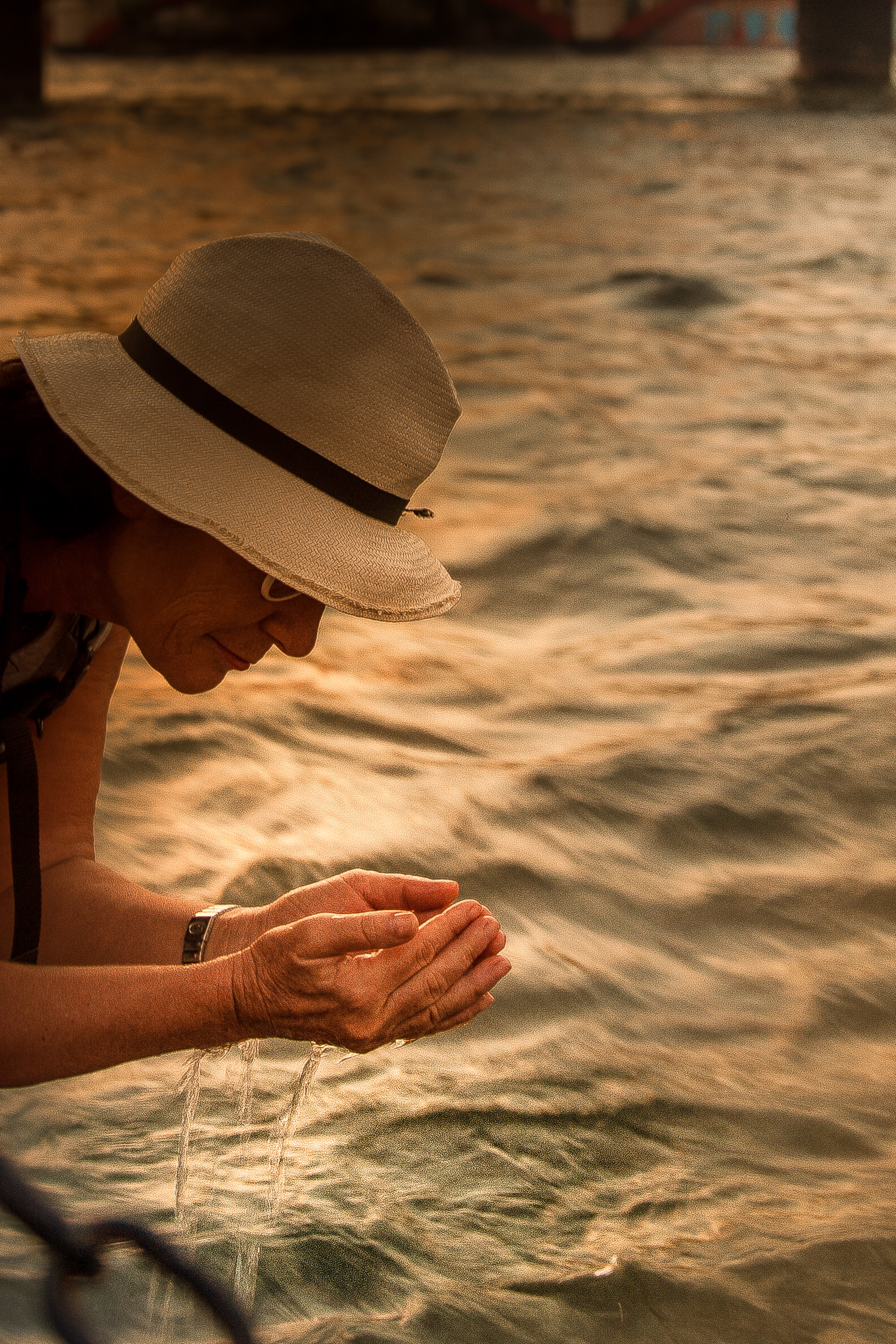