The Last Feather, (Work in Progress)

This work in progress is about the 6600 nails contained in the Reconciliation Totem Pole, each one representing a child who died in the Residential Schools operated by Churches.

The Last Feather - 6600 Work in Progress

6600 are the nails contained in the Reconciliation Totem Pole.

Each nail represents a child who died in the “Residential Schools” which were operated by religious institutions: the Roman Catholic Church, the Anglican Church, the United and Presbyterian Churches.

The scope of those schools was:

Children were forcibly taken from their homes, forbidden to speak their language, disconnected by their culture and family and often abused physically and mentally.

The attempt to integrate them in the Canadian society failed abysmally resulting in disrupted lives and communities, and it is now considered a cultural genocide.

This historical trauma still marks the life of Indigenous People survivors and their descendants but there is hope as a healing process has started.

This work: The Last Feather"  explores the consequences of trauma on children, how it will affect future generations, and whether it is possible to lighten the burden of the past and advance by processing the experience, and how the strenght and resources embedded in cultural roots contributes. 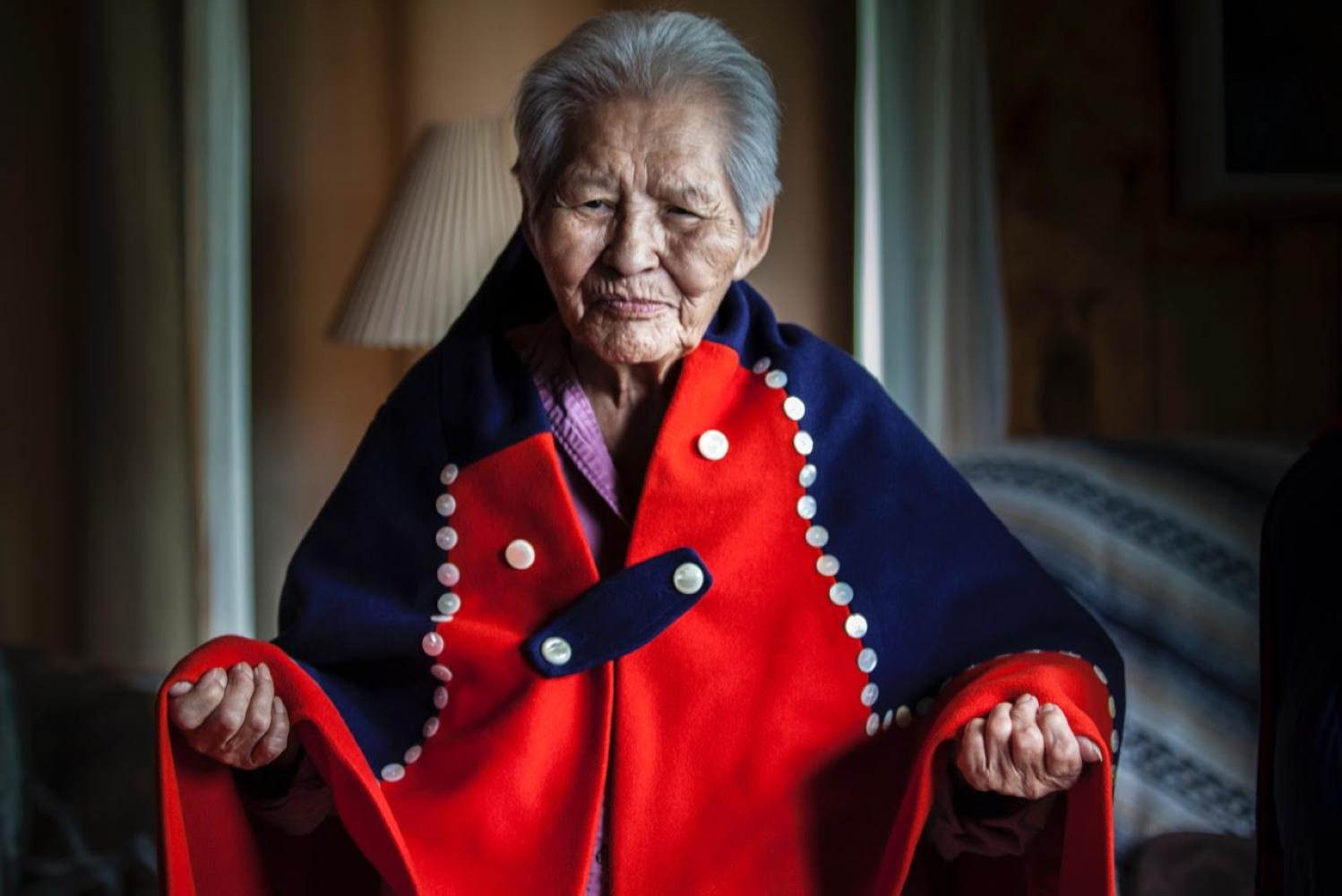 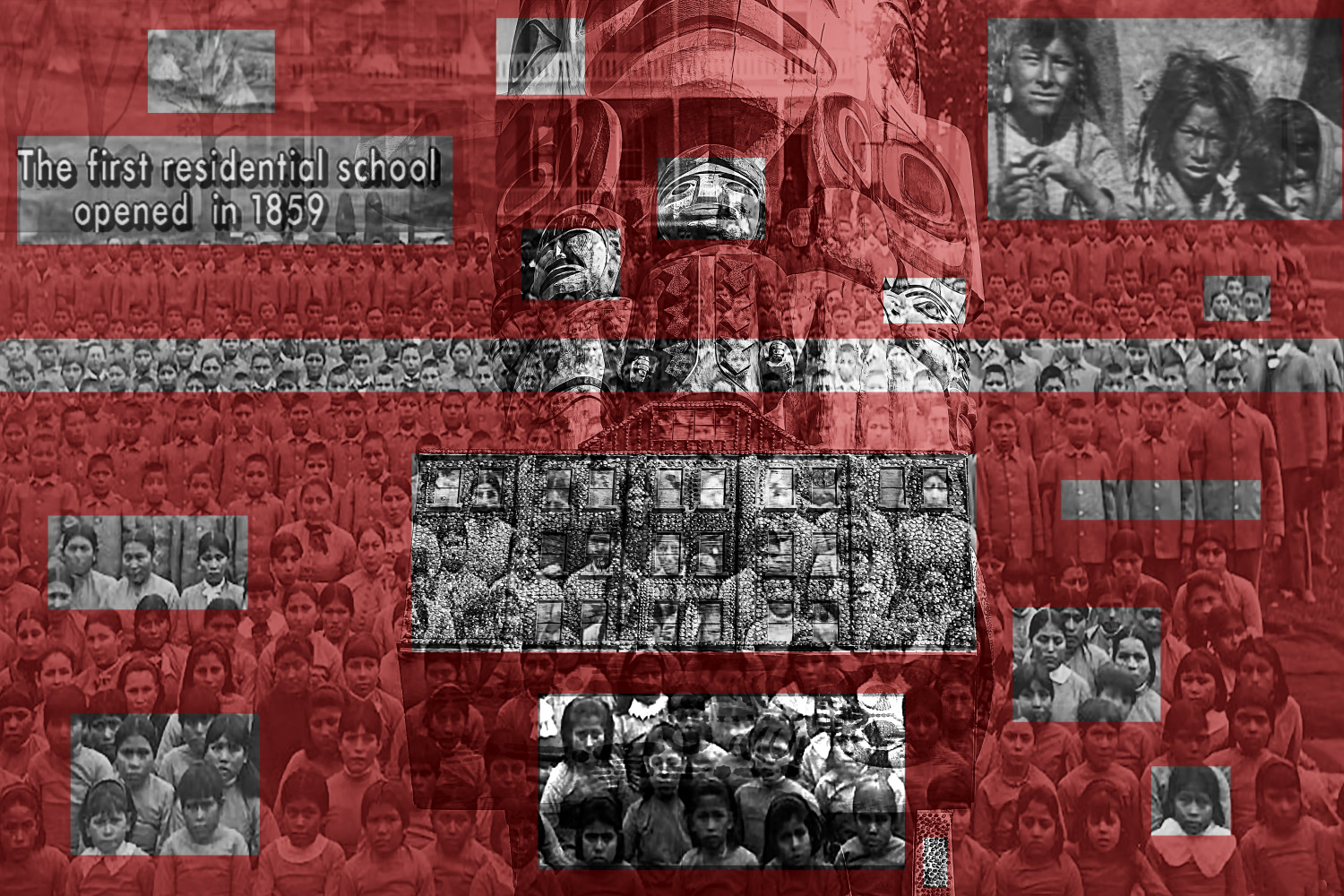 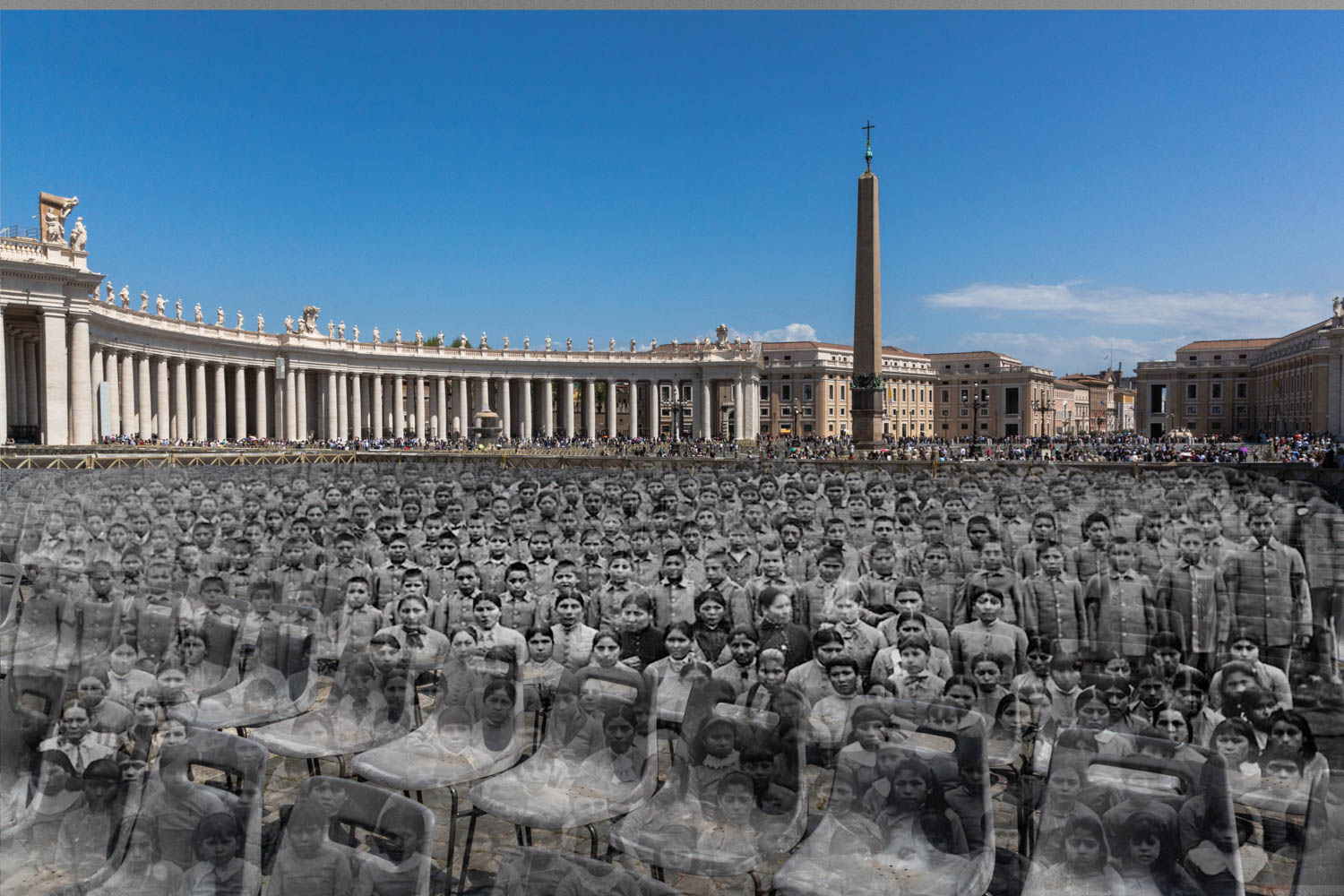 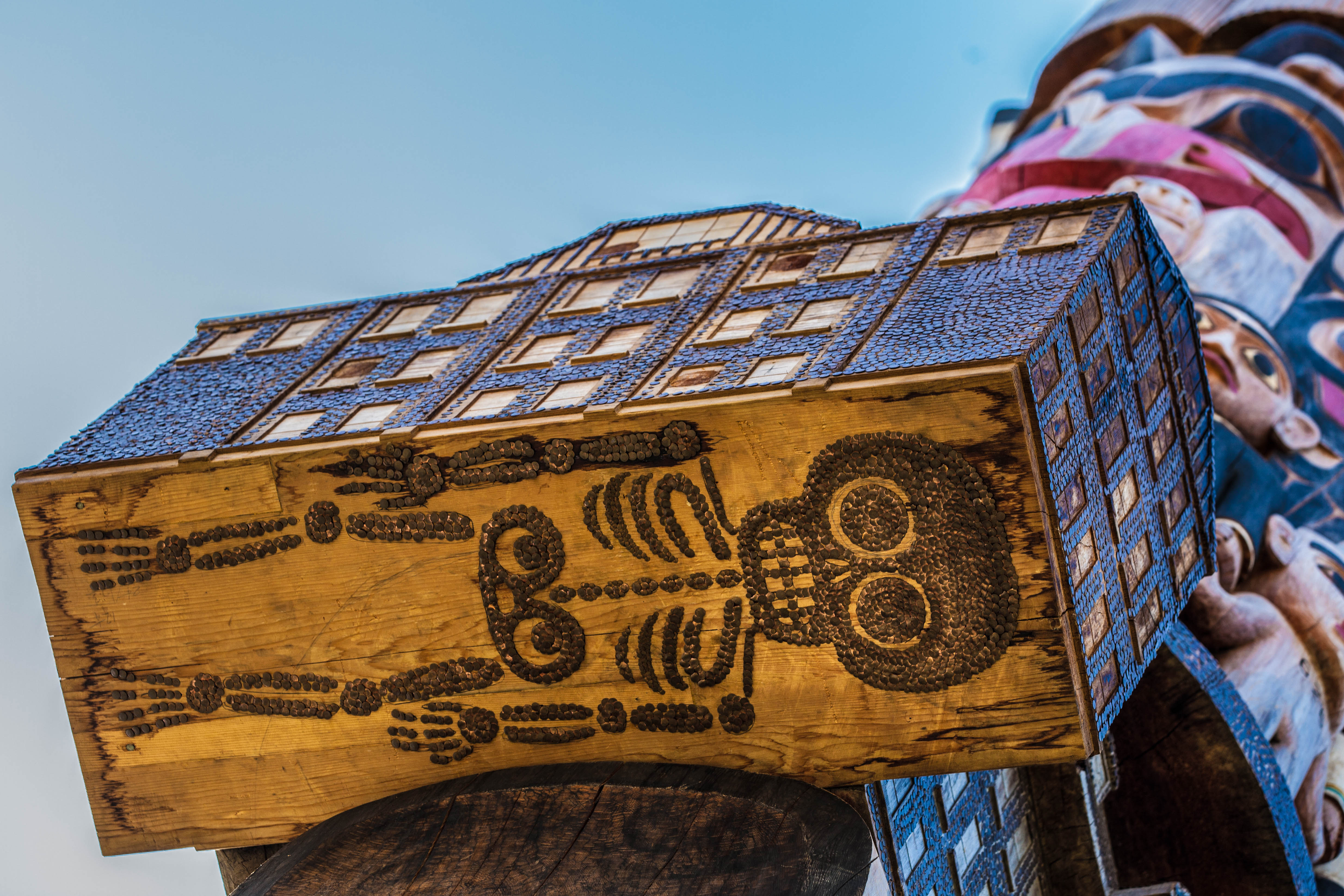 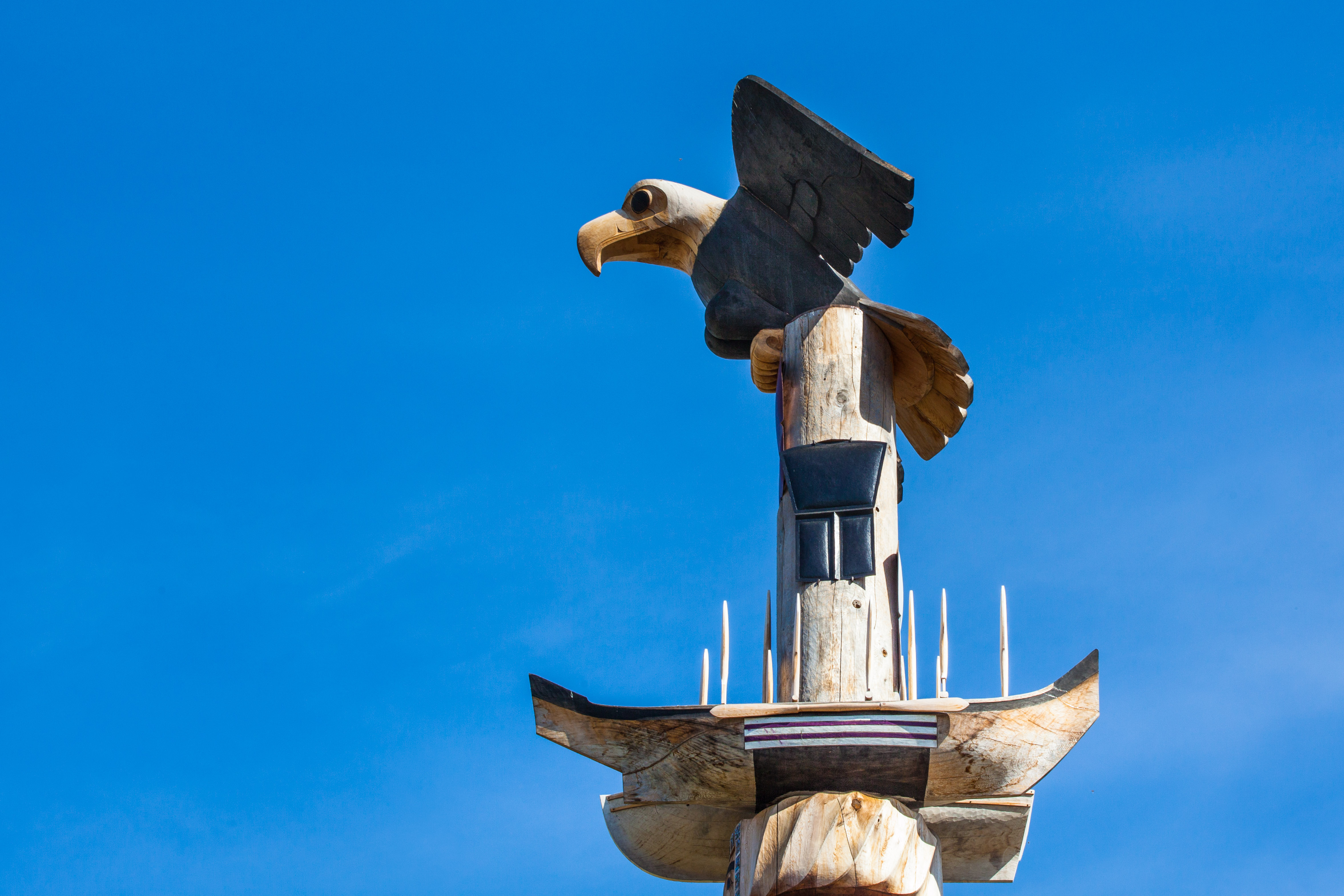 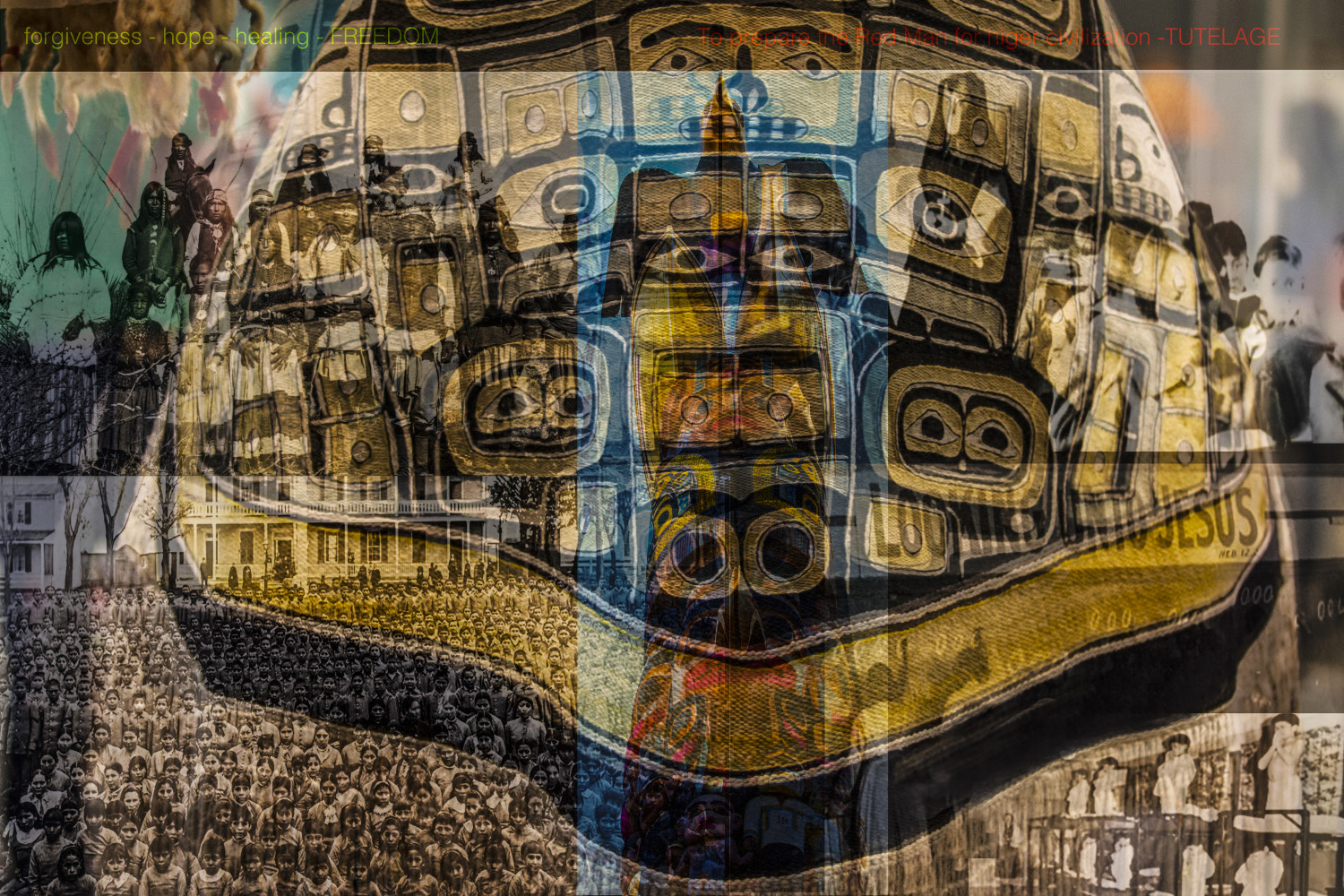 The Last Feather 7 A Blanket of Hope
Contact for details
